Mega Star Chiranjeevi’s prestigious comeback film is progessing at a brisk pace and Mass director VV Vinayak is not leaving any stone unturned in moulding the film to suit the likes of Telugu audience and Mega fans. Adding to the euphoria around the project, Mega Power Star Ram Charan is turning producer for the first time under the banner ‘Konidela Production Company’.

Calling it a curtains down for all the speculation around the film’s title, the team has officially zeroed in the title ‘Khaidi No 150’, bringing back many sweet memories associated with the blockbuster films of Megastar. On the occasion of The actor’s birthday (August 22nd), the producer of the film, Ram Charan will unveil the first look poster and a specially designed motion poster through his social platforms.

Renowned cinematographer, Rathnavelu was all praises for Chiranjeevi after closely witnessing his working style and energy levels.

Mega fans across the borders are eagerly waiting for the first look and are taking the social media by a storm with the trends like ‘BOSS IS BACK’. Fans clubs of Megastar Chiranjeevi offered prayers at different temples for the success of their matinee idol’s comeback project. Hero Sai Dharam Tej, Allu Sirish and other mega family members participated in these week long special prayers.

Rockstar Devi Sri Prasad’s smashing tunes would be a major highlight for the film and the chartbuster tunes in the combination of Chiranjeevi and DSP from their ealier films makes the wait for the audio of Khaidi No 150, much more exciting.

Kajal Agarwal is playing the female lead and Tarun Arora has been roped in to play the antoganist. Stay tuned for first look poster and the motion poster, we are just few hours away for the Mega Celebration. 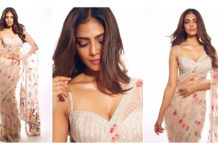 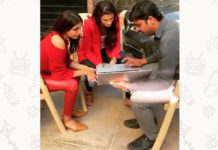 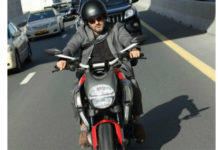