Two different minds Abhi (Aadi) and Ram (Aadi) are born together and continue to live that way. Their lifestyles are conflicting, but they go on until a girl comes in the life of one of the guy. How the other reacts and where the situations lead when the proposal of marriage is kept?

While Abhi (Aadi) and Ram (Aadi) are dealing with personal problems, there is a rowdy Gagan (Abhimanyu Singh) looking for one of them. What is he after, is also neatly linked to the main plot, which forms the overall story?

Aadi is dashing and super stylishly presented. He is in full-form and carries the commercial entertainer entirely on his shoulder. Both the entertainment and drama are handled with ease by Aadi. He also manages to showcase his dancing skills in a couple of songs. Burra Katha is a good outing for the actor to show his different skills and he does all he can in his capacity.

Mishty Chakraborty is a beautiful young talent, and it comes to fore in a few moments in Burra Katha. Otherwise, the actress is happy being the bubbly chirpy girl with a different character quirk. She conveys it effortlessly. Naira Shah adds to the glamour and attitude show of the movie that various characters have in them.

Rajendra Prasad is effortlessly likeable as usual and does his part with aplomb. The various moments are highlighted with his expressive range. Posani Krishna Murali too gives his best and makes many routine scenes shine. Prudhvi gets a hilarious role after a gap and leaves one in splits. The rest of the artists are adequate and apt for their parts.

The story of the film is simple, and yet it offers enough scope to entertain. The two people in one body trope have been used very less in Telugu cinema, and that also makes the plot look fresh. Diamond Ratnababu has weaved a typical commercial entertainer around that premise.

The first half is filled with a variety of comedy sequences involving the two personalities of Aadi. They are neatly staged and handled with Diamond Ratnababu. Aadi brings his natural flair with comedy and action to great use here. The comedy in the love track further adds to the madness.

The second half continues the momentum while also upping the ante on the drama scale. The comedy is neatly mixed into the proceedings without letting one single emotion take over. The small twists that keep coming also enhance the overall appeal.

The climax, however, is on predictable lines. But, more than that, it is executed in a silly way which undoes the excellent work done previously. Still, it is passable, and as a whole, the film works with the right combination of comedy and drama and surprises.

Sai Kartheek infuses the narrative with energy that only he can bring. The songs and background score are compelling. C Ram Prasad’s cinematography bears his mark as the film looks well shot within a shoestring budget. The editing of MR Varma is slick and keeps the movie racy. The producers H Srikanth Deepala, Kishore and Kiran Reddy must be appreciated for backing a subject like this. It takes guts to bring such story to life on the big screen in an uncompromising manner. 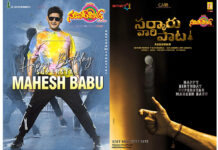 Latest Edition Of Superhit Magazine Is Out 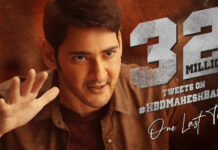 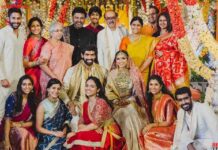