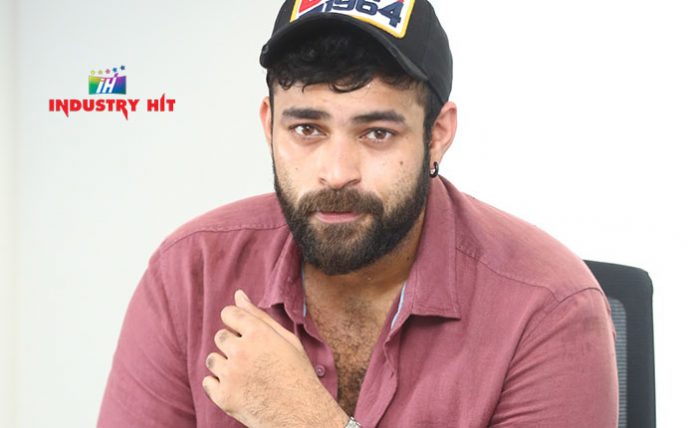 Mega Prince Varun Tej is all set to hit the screens along with Victory Venkatesh in ‘F3’. He talks about the film, working with Venkatesh and Anil Ravipudi, upcoming projects, and more.

Comedy is Anil Ravipudi’s strength ‘F3’ is his forte. When ‘F2’ became a hit, a wish to make a sequel turned out to be a natural consequence. F3 is a laugh riot. The entire family will enjoy it to the core.

Comedy is very hard to pull off. I have a stammering problem in the film. It was a trait that the director added to make the character more interesting. Venkatesh garu’s character suffers from night-blindness. Imagine the comic potential when he and a stammerer end up sharing the same space on a night!

About Playing As A Stammerer

I had my apprehensions before I embarked on ‘F3’. But after the director said that he was satisfied after Day One of the shoot, I was at ease with the character. From Day Two, I was not nervous as the movie started coming out well. This is an out-and-out comedy wherein you will find various genres of humor, from slapstick to natural to dialogue-oriented. People are asking me how I could pull off the stammering. With Anil Ravipudi, it is easy for the actors. He emotes everything.

About Crux Of F3

Every single major character in ‘F3’ is money-oriented. Greed runs through them all! Prior to ‘F3’, ‘F2’ was the only comedy movie I had done. The characterizations drive the story to new entertaining levels. ‘F3’ is more a sequel to the ‘F2’ characters, not to the story of ‘F2’.

About Working With Venkatesh

Venkatesh garu is a nice human being. He was like my brother and a fatherly figure on set. He is as much jovial as he is philosophical. You get to learn so much from him. I didn’t take even two days to get along with him. It is because I share some similarities with him. I feel lucky to have got to travel with him so much. It was fun working with the likes of Rajendra Prasad garu, Annapurnamma, and others. The rapport that we had achieved during the making of ‘F2’ helped a great deal.

About Family Reaction After Watching The Trailer

After the trailer of ‘F3’ was out, my family members were surprised looking at my performance and style of comedy in the film. They had no idea about what I had been doing!

Dil Raju garu is a passionate producer. Since he is producing a number of films simultaneously, he couldn’t always be present on ‘F3’ set. Shirish garu spent more time with us.

About Working With Sunil

Sunil garu has played a funny role in ‘F3’. He was my favorite in the 2000s. ‘F3’, for the first time in many years, brings back the Sunil of the old days to life! It helped my comic timing that I got to work with such a talented comedian.

‘Kanche’ is my favorite film in terms of my character. I like it more than my characters in ‘Toli Prema’ and ‘Gaddalakonda Ganesh’.

My film with Praveen Sattaru is an action film. It will go on the floors in July. It will be produced by my father and BVSN Prasad garu.

About Discussing Films With Family

When we are in the family meeting, we don’t discuss films. When I, Ram Charan anna and others meet, we discuss only family matters. We rarely ever touch upon movies.