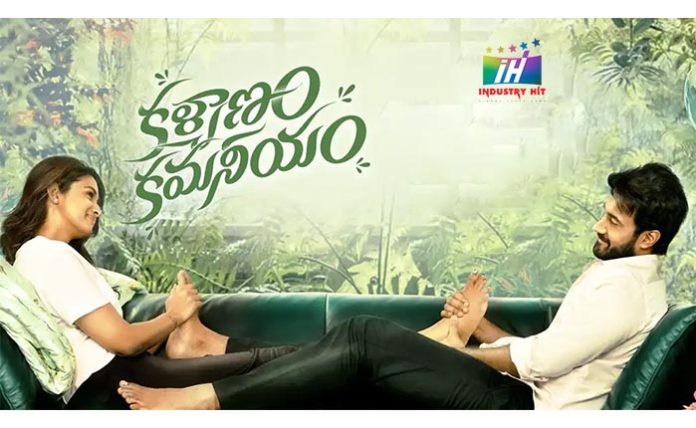 Santosh Sobhan who is earning image as a promising hero and popular actor in Tamil, Priya Bhavani Shankar starred together in Love Family Drama Kalyanam Kamaneeyam. The film surprised everyone by releasing amidst big films for Sankranthi. Touted to be a family drama with fun and emotions between married couple Kalyanam Kamaneeyam generated decent buzz among the audience. Let’s Take a look how the film turned out to be.

Siva (Santosh Soban) and Shruthi (Priya Bhavani Shankar) are in a relationship from their college days. Due to their parents efforts, they both gets marries despite Shiva doesnt have a job. The couple starts leading a happy life until Shruthi starts losing her confidence in Shiva as he fails to get a job. But, due to unfortunate incidents Shiva unable to land a job despite of his trials. To make things better between them, Shiva lies to Shruthi that he got a job as a software engineer but he actually turns into a cab driver. This small lie of Shiva brings happiness at first but complicates things later. The rest of the story is about how Siva and Shruthi sort out their differences and settle down in life.

Santosh Shoban is a talented actor and he plays the role of an underdog in a convincing manner. The way he holds his emotions and emotes through his eyes is quite impressive. He showed his acting prowess in many emotional scenes with subtle performance.

Performance-wise, Priya Bhavani Shankar gets a meaty role and she does well as the nagging wife. Her look and character have been designed well in the film. She emotes well and expressed her emotions neatly.

Sathyam Rajesh fits in the role of harassing boss at the workplace.  Pavithra Lokesh, Devi Prasad and Others are adequate in their roles.

Kalanam Kamaneeyam is a tale about a successful wife and a jobless husband.Director Anil Kumar has chosen a relatable point for his first film. The backdrop, the relationship between a modern couple, and ego issues are established well during the initial portions of the film. The first half of the film introduces the characters, establishes the storyline and a simple interval bang. The actual drama starts in the second half. The conflict is well balanced by showing the reasons from both sides but it doesnt go deep. Just some misunderstandings leads to the gap between the couple is not a new concept. But, logical screenplay with natural dialogues and humor made kalyanam kamaneeyam a feel-good film with relatable issue.

Music by Shravan Bhardwaj is soothing and also brings depth to the proceedings. Karthik Ghattamaneni’s camerawork is top-notch with colorful visuals. The film has meaningful dialogues. UV Concepts is known to make all their in a rich manner and the same is the case with Kalyanam Kamneeyam. 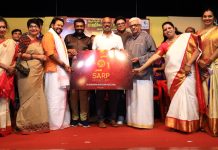