After impressing the class audience with Mukunda, Mega Prince Varun Tej took a risk and won hearts with different attempt Kanche. Varun Tej proved his versatility with Loafer taking a mass character under Puri Jagannadh’s direction. Currently basking in the glory of newfound image here is a freewheeling chat with the new star kid on the block Varun Tej.

How is the response?

I am getting very good response. It’s not only from the family but also from the outside people which is making me happy. Many have called me appreciating my mass look and act. My whole hearted thanks to the audience for this fabulous response.

What did you think immediately when you heard the title? What made you accept the film?

I am very happy working with Puri Jagannadh who shows hero’s character in a massy yet fresh way. He first narrated me the story and then told the title. When I saw the rushes it was then I felt how apt the title was. In the past Puri Jagannadh had made Idiot which also evoked similar reaction. But when we see the film we completely forget about the title. People who still have doubts over the title Loafer will feel similarly when they finish watching the movie.

What made me accept the film was “mother-child” sentiment. There are few emotional scenes between the two characters, when I heard those scenes I immediately accepted the film. I felt very happy watching those scenes on big screen. Revathi garu had acted so brilliantly. Even Posani Krishna Murali garu also got very good response.

How was working experience with Puri Jagannadh?

Watching films like Badri, Idiot and Pokiri I had become a devotee of Puri Jagannadh. I did not expect to work so early with him. Actually I was planning on taking a break post the completion of shoot of Kanche. But then I got a call from Puri sir and when I met him he narrated the story. The rest as they say is history. I enjoyed working with him, it was a wonderful experience.

What care did you take for your character? Did you face any difficulty doing sentiment scenes?

There is no special care taken for the character. There was only one day difference between the shoot of Kanche and shoot of Loafer. I just moved into the film and did as said by the director. If today people say I have shown difference in acting, then all the credit goes to the director for making me act that way.

As I said Puri sir made me act. He understood what was needed and went accordingly. Take the example of “Suvvi Suvvalamma” song which required emotional performance. On the first day of shoot I couldn’t do it properly. The reason was I had shot the climax fight earlier in the day and couldn’t tune my mind emotionally when shoot of song started. The director knew this and cancelled the shoot on first day. We started afresh next day and finished in three days. Now everyone including Puri sir says it has come out really well.

If you have a choice to remake film of Chiranjeevi, which one you will do?

I have grown up watching films of Megastar and got inspired by him. If I have to pick up one film to remake then it would be the film Challenge. It is closer to my line of thought.

What are your next projects?

Right now I am planning to take a break for two to three months. Director Krish has narrated a story which I have liked. It is not given a title yet. Most likely I’ll take up this project after the break, concluded the star. 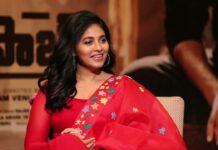 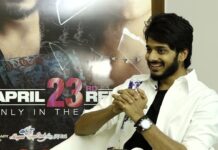 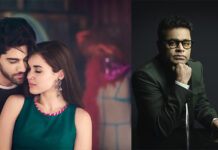