Srikanth, Sunil in lead roles, Introducing Sree Karthikeya, Abhiraam, Praveen, Hareesh Gowtham in other lead roles Director V Samudra is coming with ‘Jai Sena’. V Vijayalakshmi is presenting this film while V Sai Arunkumar is Producing in Siva Mahateja Films banner.  The shooting part of the film has been completed. The film is currently undergoing its post-production works. Makers are planning to release the film very soon. Sunil Teaser of the film has garnered a very good response.

Mega Brother Nagababu said, ” Director Samudra gari latest film in Siva Mahateja Banner is titled as ‘Jai Sena’.  Youngsters played very good roles in the film. Srikanth, Sunil will be seen in important roles. It seems like a proper youth and political movie after watching the song. All the best to the entire team and to the Producer and Director of the film, Samudra Garu. I wish this film to become a very good success.”

Director V Samudra said, ” The first song, title song  from ‘Jai Sena’ is released by Annayya Nagababu Garu. Since my days as Assistant Director, I have blessings of  Chiranjeevi Garu, Nagababu Garu. I am very happy that the first song of my film is released by Annayya Nagababu Garu. He has given his Heartful blessings for us. This film will surely become a big success. One more good news for us is This Sept 2nd also marks the birthday of Power Star Pawan Kalyan Garu. Happy Vinayaka Chaviti to all. Many Many happy returns of the day to Power Star Pawan Kalyan Garu. Our project which involves Srikanth, Sunil, Tarak, Karthikeya, Hareesh, Praveen, Our friends Sireesh, Srinu will definitely bring us very good success.”

Co-Producer P Suresh Reddy said, ” Thanks to Nagababu Garu for releasing the first song of our film. The film shaped out very well. Shooting part has been completed. Post-Production work is going on. We are planning to release our ‘Jai Sena’ very soon.”

Heroes Sri Karthikeya,  Abhiram, Praveen said, ” We are very happy that Nagababu Garu released the first song from our film. Thanks to Samudra Garu for giving this opportunity in such a good film. We wish everyone will watch our film and make it a Superhit.” 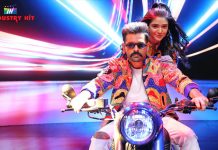 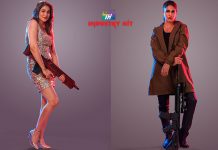