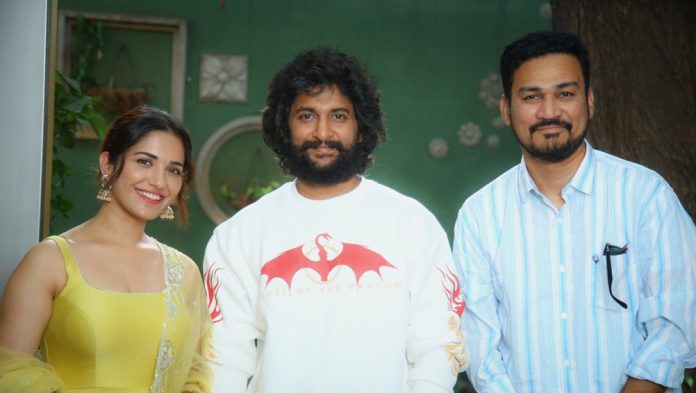 Tollywood saw several actresses after reaching the peak of their careers doing female-centric movies. However, there are few actresses who didn’t miss a chance when good opportunities came their way. Some of them indeed proved their choices right. Meanwhile, actress Ruhani Sharma who mostly appeared in soft roles is playing a duty-minded cop in her very first female-centric movie HER Chapter 1. The actress got to play a challenging role and going by the teaser unveiled today she played it convincingly. Natural Star Nani launched the teaser and sent his best wishes to the team.

The teaser begins with Ruhani Sharma getting back to work after 6 months of suspension to solve a murder case.

The teaser is meant to introduce HER character and Ruhani Sharma looks intense all through. Sreedhar Swaraghav’s investigative drama/thriller looks promising . “HER Chapter 1“ is produced by Raghu Sankuratri and Deepa Sankuratri under the banner Double Up Media.

Vishnu Besi handled the cinematography, while Chanakya Toorupu edited the film and the music is composed by Pavan.