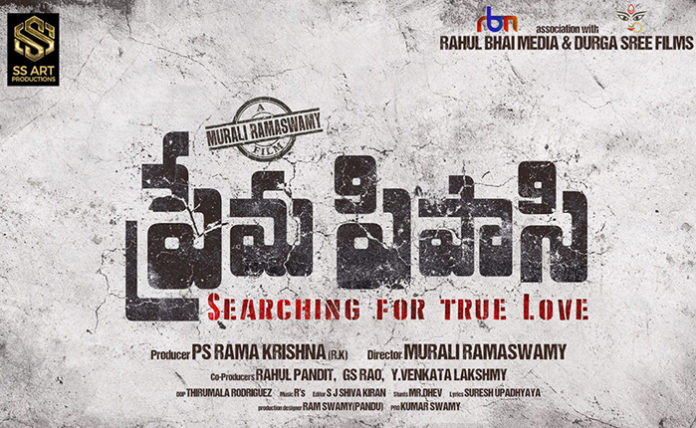 Written and Directed by Murali Ramaswamy

Bawa (GPS) who is a happy go lucky guy flirts with girls who come across him. One day he happens to meet Bala (Kapilakshi Malhotra and falls for her instantly. He even went to an extent to sacrifice his life for her. Why a playboy kind of guy falls in love with Bala seriously? What is their past? Did he succeded in love? forms the story of ‘Prema Pipasi’.

Hero GPS impresses in both shades as a flirt and as an intense lover in his role of Bawa. He did quite well in showcasing pain in emotional scenes. He did well for a debut hero and neatly showcased the variations in his language as well as his body language in both the shades. He carried the entire film and did a commendable job.

Heroine Kapilaksi looks good onscreen and she did a neat job in her role. Senior Hero Suman is seen in an important role and with his experience, he brings much-needed depth to the story. Funbucket Bhargav as Hero’s friend did well with his mark punch dialogues. Jabardasth Rajamouli, Shaking Seshu brings laughs with their parody songs. The remaining actresses are adequate in their roles.

Director Murali Ramaswamy has taken a contemporary aspect in love stories which is relatable to the audience. The film opens with an interesting sequence that drags the attention of viewers. The first half is mostly filled with romantic scenes as the hero is a flirt. Though it has bold content, The director has made sure that it won’t seem vulgar or bad. The proceedings seem slow at times in the first half but the story takes an interesting turn during Interval with the entry of Bala.

The second half gets into serious mode dealing with love and pain. Director has discussed the love in present days and he engagingly narrated it in the second half. The flashback part is also neatly executed and revealed at the correct time in the film during the pre-climax.

Music and background score by R’s is one of the highlights in the film. Cinematography by Thirumala Rodriguez stands as another positive element in the film. Producer PS Ramakrishna (RK) is appreciable for quality production values and for backing a different love story dealing with contemporary issues.