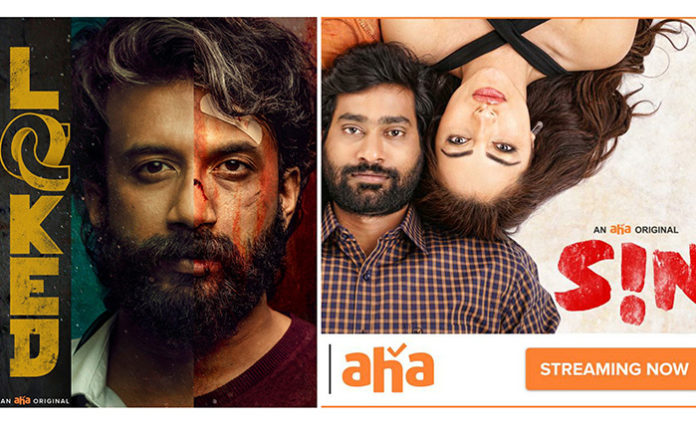 With a staggering response of over one million streaming users and nearly nine lakh app downloads being registered since the preview last month, the 100% Telugu OTT platform aha today announced at a Web Media Preview yesterday, the launch of two new original web series, Locked and Sin, to continue to entertain its audience.

Team aha had big plans to ring in the new year on the auspicious occasion of Ugadi today. However, in view of the ongoing global crisis of the COVID-19 outbreak, the event has been postponed keeping in mind the safety of the cast, crew, and fans who would be gathering at the event.

Nevertheless, team aha excitedly announced a galore of entertainment for its viewers watching from home with its collection of films including Arjun Suravaram, Khaidi, Pressure Cooker, Choosi Chudangane, and Savaari. All these alongside the 2 new shows Locked and Sin being added to originals like Masti’s, Kotha Poradu, Shit Happens and Geetha Subramanyam which are already streaming on aha.

Locked stars popular actor Satyadev Kancharana in the role of a doctor and is produced by Krishna Kulasekaran. The invasion thriller, directed by Pradeep Devakumar, is dark and intriguing and will surely have you spooked! At the aha Web Media Preview yesterday, the cast and crew of the show joined in support of WHO’s #SafeHandsChallenge and promised to take it forward in view of propagating it to the public.

The second show also launched on this occasion is Sin produced by popular veteran Sharrath Marar and directed by acclaimed filmmaker Naveen Medaram. With a very bold and edgy topic like domestic violence and marital rape is dealt with in a never-seen-before treatment, this is a social drama that will be new to the Telugu milieu and will surely engage the audience. The cast and crew of the series joined hands yesterday to launch #MarriageIsNoExcuse as a campaign to spread awareness on marital abuse.

Speaking about the new releases, Allu Arvind of Geetha Arts, one of the promoters of aha, shares that the response to the previously released shows was overwhelming. “On Ugadi, we are releasing two shows that will not just entertain you but also will initiate meaningful conversations. I wish you all a happy and safe Ugadi.”

Ramu Rao Jupally of My Home Group, one of the promoters of aha, shares, “A big thank you to one and all for showing so much love that is visible in the huge number of downloads and subscriptions. It has been a phenomenal response so far and we are excited to bring new content to you this Ugadi. I hope you continue to enjoy our shows and movies and keep supporting us. Stay at home and be safe.”

aha had its preview in a star-studded event on February 8 that was attended by the promoters Allu Arvind and Ramu Rao Jupally, alongside a bevy of stars like Vija Deverakonda, Krish Jagarlamudi, Navdeep, Bindhu Madhavi, Hebah Patel, Chandini Chowdary and several popular influencers.

Wish you all a happy and safe Ugadi. 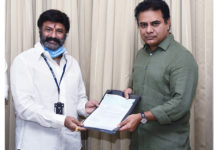 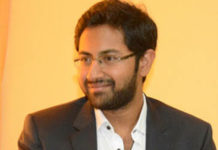