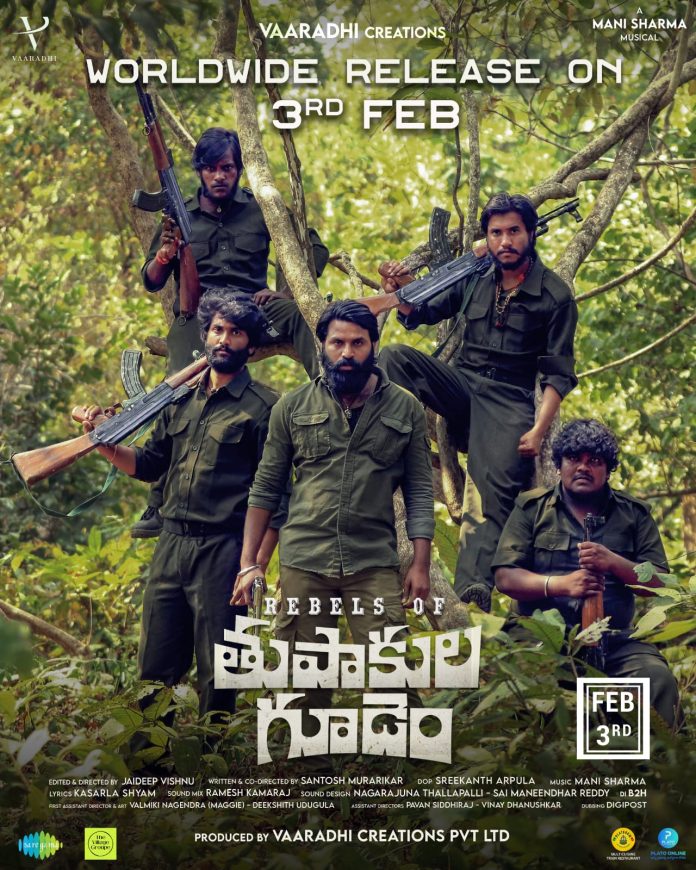 The audiences, of late, are keen on watching content-rich movies. The upcoming film Rebels of Thupakulagudem is a different film with a unique story. Jaideep Vishnu is directing this movie under the banner of Vaaradhi Creations Pvt Ltd.

Santosh Murarikar who is the co-director has provided the story for this movie being made with forty new actors like Praveen Kandela, Shrikant Rathod, Jaiyetri Makana, and Shivram Reddy. Successful director Hanu Raghavapudi launched the teaser of this movie which got a thumping response.

The dialogues, visuals, and performances of the actors in the 2.29-minute-long teaser impressed one and all. Curiously, melody Brahma Mani Sharma, who has composed music for many blockbuster films, scored the music for this film. It is known that his background score was a special attraction in the teaser.

Meanwhile, the movie has completed its censor formalities and received U/A certificate. The censor officials have appreciated the makers for coming up with a unique entertainer.

The makers have now announced that the film will be hitting the screens on February 3rd. The announcement poster sees the lead actors holding guns in the jungle. The poster looks very intense. Director Jaideep Vishnu also worked as an editor for this film.