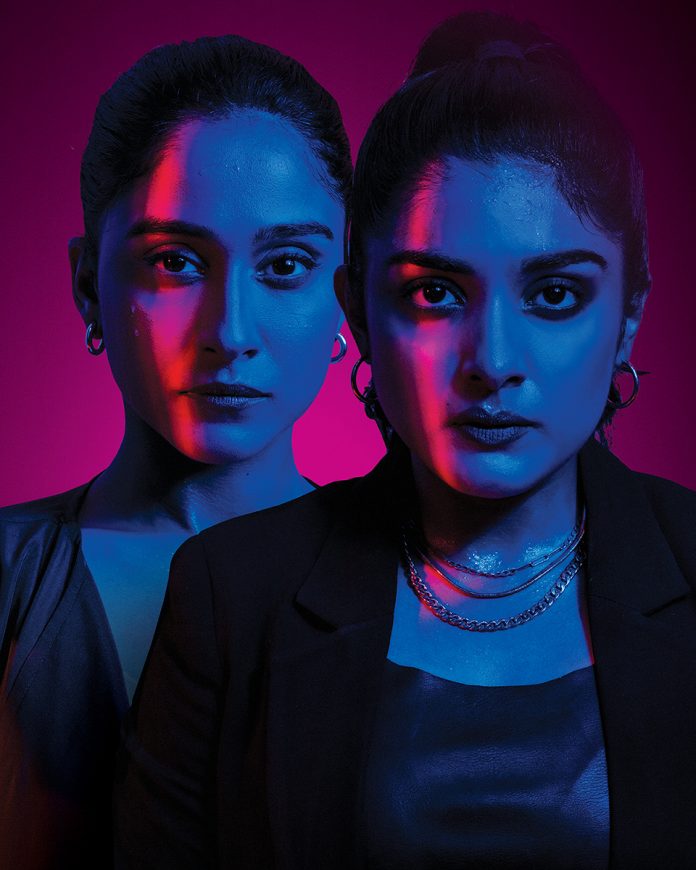 Saakini Daakini which marks the second time association of Suresh Productions, Guru Films and Kross Pictures is getting ready for release. The film which is the official remake of South Korean action-comedy film Midnight Runners is being produced by D. Suresh Babu, Sunitha Tati and Hyunwoo Thomas Kim. Regina Cassandra and Nivetha Thomas are the leading ladies in the movie directed by the very talented director Sudheer Varma.

Saakini Daakini teaser has been unleashed and it introduces the main characters- Regina Cassandra and Nivetha Thomas as the trainees at the Police Academy. While Nivetha is a foodie, Regina has OCD problem. They underperform in the training camp. What’s more, they catch up unnecessary fights. Small glimpses of main story are shown like a criminal hitting a girl on his head etc. It’s about how these girls show their skills at an appropriate time.

Going by the teaser, the movie has fun, action, strong story, drama etc. Both Regina and Nivetha played their parts aptly and they looked like daredevils in certain sequences. Sudheer Varma who is too good at handling thrillers has showed his mark in dealing this subject. He gets complete support from the technical team.

The teaser makes positive impression on the movie for its content, performances and technicalities.

As earlier announced by the makers, Saakini Daakini will be releasing in theatres on September 16th.