What comes to your mind when you hear the word ‘Entertainment’? We would not be surprised if movies are the first thing that strikes. Family entertainment movies especially have always proved to be good in breaking box office records. One of such movies is Gopichand and Regina starrer – Soukhyam.
Soukhyam is a 2015 Telugu romantic comedy  starring Gopichand, Regina Cassandra in the lead roles. Foot tapping tunes for the movie is composed by Anup Rubens. The story is about Srinu (Gopichand) who falls in love with Sailaja (Regina), his co passenger on the train, who happens to be the daughter of a very influential person (Devan). While Sailaja is taken away by her father’s bodyguards, Srinu gets into a tiff with a local goon (Pradeep Rawat). He in turn gives responsibility to Srinu to bring the daughter of his enemy who turns out to be Sailaja. How Srinu and Sailaja gets together against all the odds forms the crux of the movie.
The movie is all set to premiere on Zee Telugu on 24th April at 6 PM. Being a perfect family entertainer, this movie is sure to make this Sunday evening entertaining.
Don’t miss to watch Soukhyam this Sunday, 24th Apr 2016 at 6 PM. 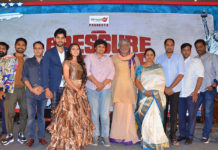 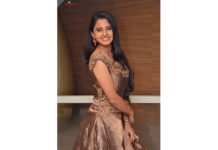 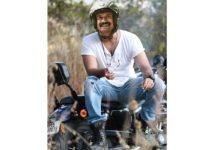