Tollywood senior hero Victory Venkatesh and Yuva Samrat Akkineni Naga Chaitanya’s multi -starrer movie ‘Venky Mama’ is undoubtedly one of the much-awaited movies in Tollywood. K.S Ravindra aka Bobby is helming this project. Payal Rajput is romancing Venky in the movie whereas Rashi Khanna paired up with Naga Chaitanya.

Each and every update about the movie has been grabbing the attention of the audience. Today, on the occasion of Dussehra, the makers have unveiled the first glimpse which is colorful. The makers tried to showcase the world of Venky Mama in the best way possible. The first glimpse had the visuals of both Venky and Chay together. There is an action sequence as well where Venky delivers a powerful dialogue. In the end, the glimpse ends on a quirk note. The visuals look grand the music is apt for the same.

Suresh Babu under Suresh Productions is bankrolling this project along with TG Vishwa Prasad of Peoples Media Factory. Thaman is composing music for this romantic comedy entertainer which will hit the theatres very soon. 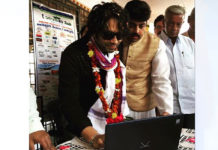 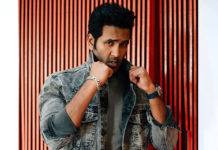 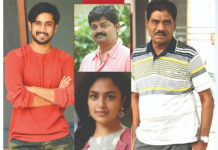