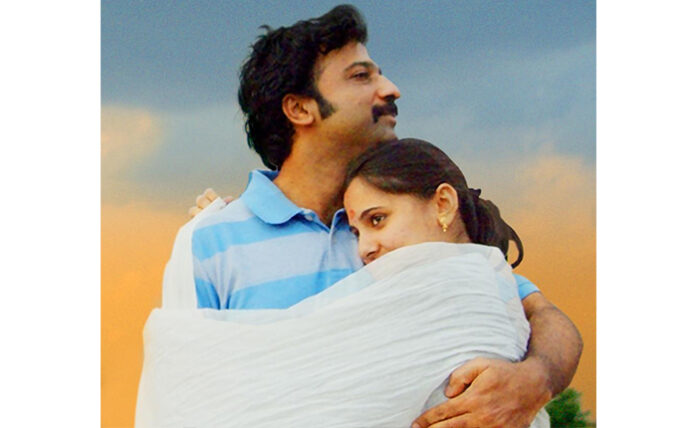 Nithin Prasanna and Preethi Asrani’s starrer unique thriller “A” is directed by Ugandhar Muni under the banner of Avanthika Productions. The teaser of the movie received rave reviews. The interesting posters and teaser hiked expectations on the film. The teaser promised that the film will offer completely a new experience to movie buffs, particularly for thriller movie lovers. Living up to the expectations, Ugandhar Muni made the film appealingly to the larger sections. The film that got a U/A certificate and won the appreciation of censor officials is gearing up for grand release on February 26th. PVR Pictures has watched the film and bowled over by the concept, they came forward to release the movie.

While speaking on the occasion, director Ugandhar Muni says, “So far there have been a lot of movies in the thriller genre have come. But, our movie “A” is completely different from all of them. Censor members have watched the movie and appreciated saying, ‘The film is unique and wonderful. It has many thrilling elements.’ There is no doubt that the film gets a great reception from audiences as well. Audiences have proved many times that they will support any film made with a new concept. Nithin Prasanna and Preethi Asrani’s pair is very good. The two came up with exceptional performance competing with each other. Our producer Geetha Garu produced this film without compromising on budget. The film has come out well, thanks to Anantha Sriram’s songs and his support. Along with Praveen Bangari’s photography, Vijay Kurakula’s music and Anand Pawan’s editing will be the major highlights of our film. We are really happy that, though it is a small film, a big company like PVR is releasing it. I wish this movie will bring me a good name as a director.”

Producer Geetha Minsala said, “I liked the story narrated by Ugandhar Muni and produced “A” without compromising on budget. Technically, the visuals will be exceptional. Artists and technicians have all contributed to a good film. The film’s teaser got a tremendous response. This indeed has increased craze on the film. Ugandhar Muni made the film in such a way that the audience will enjoy it beyond expectations. We are very confident about the film. Also, our film will be released on February 26th through a big banner like PVR Pictures.”