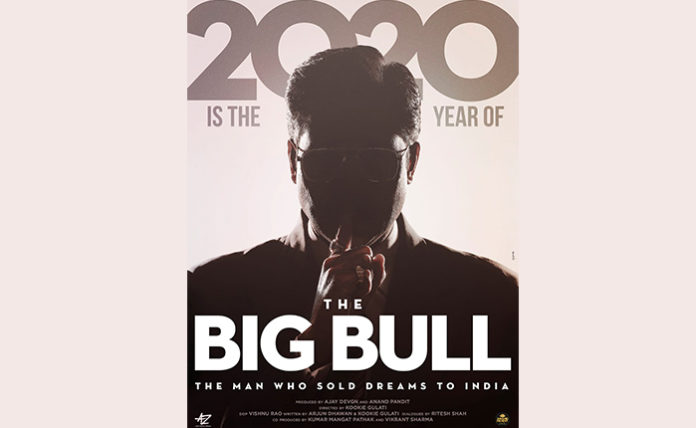 Bollywood hero Ajay Devgn and Anand Pandit has surprised many by announcing “The Big Bull” film starring Abhishek Bachchan and Ileana D’Cruz, Nikita Dutta in lead roles during the end of 2019. Today Abhishek Bachchan’s  Big Bull film promising poster is unveiled online by the makers of the movie hinting at the glimpse of the hero character.

In the past, Abhishek Bachchan has done a character similar to Dhirubhai Ambani in the Guru movie that brought a lot of appreciation and best in Junior Bachchan. The same is expected for The Big Bill that deals with Harshad Mehta. The Big Bill film is slated for release in the year 2020 and it is made with a whopping budget of 85 crores.