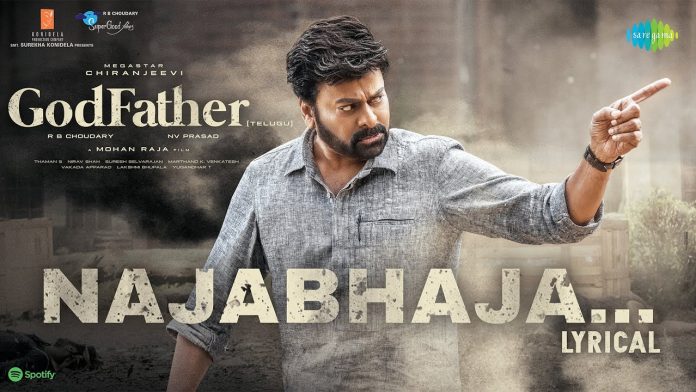 Megastar Chiranjeevi’s most-awaited movie GodFather is up for grand release on October 5th. The film also features Bollywood megastar Salman Khan in a mighty role. The presence of two megastars in the film alone has set high expectations for the movie. The team is making efforts to further hike the curiosity with the promotional material.

After beginning musical promotions on a chartbuster note with Thaar Maar song, they have released a lyrical video of the second single Najabhaja. We can call it an action anthem as it presents Chiranjeevi in a complete mass and action-packed avatar.

The music sensation S Thaman has rendered yet another dynamic number for which lyrics are by Anantha Sriram. Sri Krishna and Prudhvi Chandra crooned the number enthusiastically to add more liveliness to the song.

GodFather’s mega public event will be held tomorrow in Anantapur.