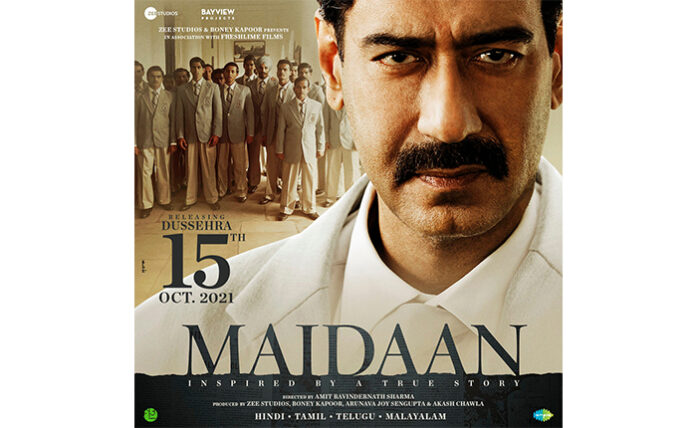 Inspired by an incredible true story about an inspiring coach who introduced Indian Football to the world.. Maidaan pays tribute to the golden era of Indian football starring Star Hero Ajay Devgn. Directed by Amit Ravindernath Sharma of Blockbuster Badhai Ho fame, Maidaan has been with football backdrop with true events from 1952-62, Golden Era of Indian Football. Posters and First looks released so far have created a terrific buzz. The team has made an official announcement that ‘Maidaan’ is set to release on 15th October 2021 for Dussehra in Hindi, Telugu, Tamil, and Malayalam languages.

Producer Boney Kapoor said, ” ‘Maidaan’ will make every Indian proud. It will be a never seen before inspiring experience. We are releasing the film as a Dussehra gift on October 15th, 2021.”