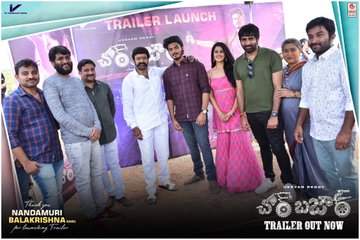 Akash Puri’s upcoming fun-filled action thriller, Chor Bazaar is gearing up for theatrical release soon and the makers have dropped the trailer of the film a short while ago. The trailer was unveiled by Nandamuri Balakrishna and it promises that Chor Bazaar is a proper Hyderabadi mass entertainer set in Hyderabad Gully backdrop. There is also a diamond robbery thread that is shown.

Akash is seen in a mass character and his dialogues will attract the youth. He carries the demeanor and antics to play a happy go lucky guy who is in search of easy money. His aspiration to eject 30 car tyres in 20 minutes to set a new record sounds interesting. He creates mass fun.

Gehana as the love interest looks gorgeous. She plays a mute woman, interestingly. Sunil is seen in the other important role. The visuals and the background score are good. The trailer strikes the right chord and it evokes desired fun.

The film is produced by VS Raju and it is directed by Jeevan Reddy. The release date will be officially announced soon. 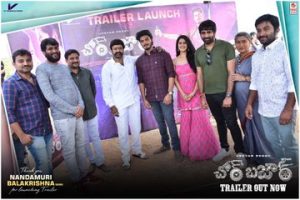 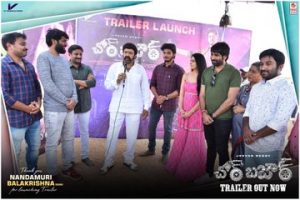