Tollywood Stylish Star Allu Arjun’s upcoming movie, Ala Vaikunthapurramuloo under the direction of Trivikram Srinivas is one of the much-awaited movies at the moment. Pooja Hegde is playing the lady love of Allu Arjun in Ala Vaikunthapurramuloo. Tabu, Sushanth, Navdeep and Nivetha Pethuraj are playing crucial roles in this film. Today, the makers have revealed the official teaser of the film.

The 1 minute 24 seconds video gives us a glimpse at Allu Arjun in an extremely stylish look and some dialogues. The video also showcased Tabu dancing and Bunny in a mass look and some action sequences. The teaser sure has raised the expectations on the film.

Haarika and Hassine creations Banner in association with Geetha Arts is backing this project. SS Thaman is scoring music for the film which is gearing up for a grand release on January 12th, 2020. 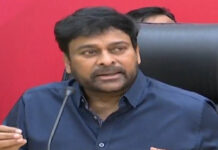