South starlet Amala Paul is all set to enthrall the audience with an action thriller titled ‘Adho Andha Paravai Pola’ under the direction of a debut director Vinoth K. R.

The title of the movie is from a popular Tamil song from ‘Aayirathil Oruvan’. Ashish Vidyarthi and Samir Kochhar are playing crucial roles in this film. Today, Malayalam Superstar Mohan Lal has unveiled the teaser of the film. The 1-minute video starts with the “The world is a jungle. You either fight or run forever”. The 1 minute 41 seconds video hinted that the movie is about Amala Paul trying to get out of a jungle. The teaser hinted that the movie is going to be a racy thriller.

Jones under Century International Films is pooling resources for this project. Santhakumar is the cinematographer and ‘Adho Andha Paravai Pola’ is a Jakes Bejoy’s musical. 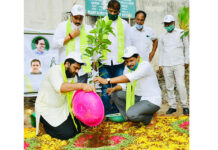 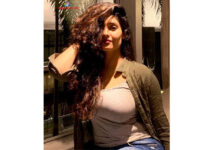 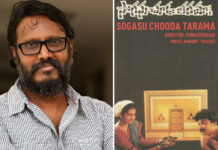