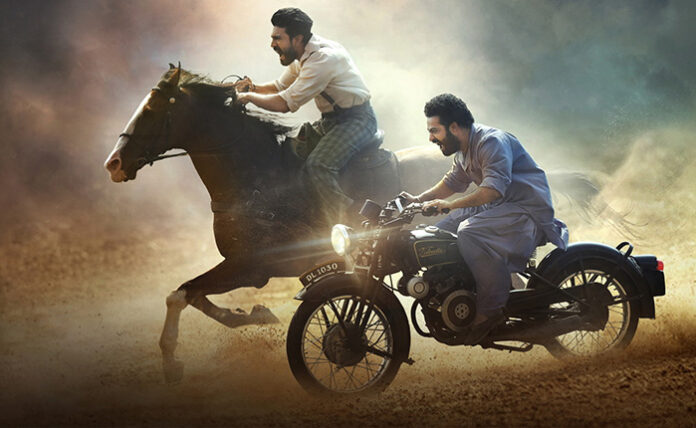 It is official. The much-awaited pan-India film, the Multistarrer RRR will have a worldwide release on October 13, 2021, on the festive occasion of Dussehra!

Starring NTR, Ram Charan, Ajay Devgn, Alia Bhatt, Samuthirakani, and Allison Doody amongst a host of other popular actors from Indian cinema, RRR is a period actioner that portrays the fictional take on the lives of Telugu freedom fighters Komaram Bheem and Alluri Seetharama Raju’s lives before they started their fight for independence.

Speaking about this development, producer DVV Danayya said, “We have come to the end of RRR’s shooting schedule and are very excited to bring this film to the audiences. We are happy to celebrate a massive festival like Dussehra with the audience, in the theatres.”

Produced by DVV Danayya, RRR is directed by India’s most celebrated filmmaker SS Rajamouli and is set to release in Telugu, Hindi, Tamil, Malayalam, Kannada, and several other Indian languages.