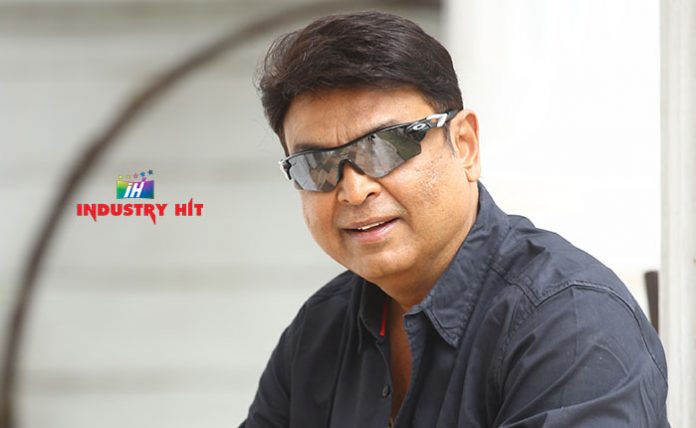 VK Naresh has played Nani’s father in ‘Ante Sundaraniki’, which is slated for June 10th release. Naresh talks about Nani’s talent, director Vivek Athreya’s uniqueness, why he values his role in the movie so much, and why he believes ‘Ante Sundaraniki’ is going to draw the family audiences to theatres, and more. Naresh also talks about his second innings and how he took SV Ranga Rao as his inspiration.

I am happy to be playing father roles as a character artist, be it in ‘A Aa’ or ‘Bhale Bhale Mogadivoy’. There have also been films like ‘Sammohanam’. ‘BBM’ helped me and Nani bond together. Nani’s comic timing is rare. Since I am a comedy artist myself, our combo really clicked big-time in that film.

Coming to ‘Ante Sundaraniki’, I have played the best father character of my career. The director is the main reason for that. The rapport I and Nani share is the other main factor. We are like the matchstick and the matchbox. We can pull off emotions as well as humor in a balanced way. My character is quite important. I and Nani have got a number of scenes spanning a range of emotions. Nani is an agile performer. The whole unit was in splits during the comedy scenes. Rohini has played my wife in ‘Ante Sundaraniki’. Her performance is superb. She is one of the best performers out there. I can say with confidence that ‘AS’ is a 100% perfect film. Everything has been done so meticulously. It will be a treat for everyone worldwide.

After ‘Ante Sundaraniki’, I would have to wait for a father character that raises the bar further. I dubbed for nine days to ensure quality and authentic Brahmanical accent.

Nani’s comic timing is unique. Vivek Athreya’s writing has only made it all the more special. For weeks together, the Telugu audience have been watching action movies mostly. They have been successful, too. ‘AS’ is arriving in theatres at a time when the family audience are hungry for a family entertainer.

Mythri Movie Makers has made a family drama it can proud of. ‘Ante Sundaraniki’ is like a memorable breeze amid a heat wave. After ‘Pushpa’ and ‘Sarkaru Vaari Paata’, the banner is going to pull off another hit. The banner has been picking projects on the basis of the subject. The producers (Naveen Yerneni and Y Ravi Shankar) don’t impose themselves; they are silent and talented.

I am seen as a Brahmin man in ‘AS’. Since I have previously done Jandhyala’s movies, the vibes of the character are not entirely new to me. I also put on some weight to look at the part. I am a Saivite who looks authentic in the movie. I have been receiving compliments ever since the teaser and trailer were released. My chemistry with everyone, including the heroine (Nazriya), is great. I believe in makeovers from time to time. Otherwise, I will be bored with myself.

About The Plot Of ‘Ante Sundaraniki’

The hero is a Brahmin and the heroine is a Christian in the movie. ‘Ante Sundaraniki’ doesn’t offend anybody’s religious feelings. We are living in the times of inter-caste, inter-religious and even inter-racial marriages. We are living in the era of live-in relationships and divorces. ‘Ante Sundaraniki’ is about how the lead pair do their best to convince their elders.

Director Vivek had writtenthe script imagining me for the character. I was mesmerized while reading the script. Even at the peak of the coronavirus pandemic, every one of us did ‘Ante Sundaraniki’ like family members. He is a self-taught director.

A major plus for our Telugu film industry is that young directors are not only filmmakers but also writers of their own movies. This is one of the major reasons others are attracted to our films.

I am a director’s actor. More than acting, I like to do method acting. I behave like the character, which is why the audience is not bored with me. Every director has a certain body language just as every artist has his own demeanor. Depending on what the director wants, I behave accordingly. I was different in ‘Mahanati’, ‘Rangasthalam’, ‘A Aa’, and ‘Sridevi Soda Centre’. Cinema is an audio-visual medium wherein you have to submit to the director’s vision.

Throughout my career, I have shown immense patience. ‘Drushyam’ was a film that was a turnaround in my career. I played a lead role in ‘Guntur Talkies’. Our young directors are handling a variety of themes. They saying that I can do any role is a compliment I am proud of.

About Drawing Inspiration From SVR

SV Ranga Rao garu has always been my inspiration. When I started my second innings, I kept him in mind. The metamorphosis has been a happy journey! I have been doing both big and small projects.