The talented and beautiful actress Anushka Shetty is currently busy in the filming of his upcoming international project “Nissabdham” in the USA. Despite many speculations being made about her health and other things but Anushka has taken it with a smile and continued shooting for her movie.

Nissabdham is being produced by Kona film corporation and People Media Factory and its international title is Silence. The makers of the movie have announced that the first look of Nissabdham is going to be released on 21st July 2019. The reason behind the sudden announcement of Nissabdham first look is to celebrate heroine Anushka Shetty’s 14 years completion as an actor in the glamour world of cinema.

As a mark of respect to Anushka Shetty for successfully finishing 14 years in the film industry and still going strong as the female star of South India and to make the occasion more special to her Nissabdham first look will be unveiled this week. As per official reports, Nissabdham has finished 40 days shooting in Seattle city where along with Anushka, Anjali, Subbaraju, R Madhavan, Micheal Madsen have taken part in the filming in Hemant Madhukar direction. Along with releasing in Telugu Nissabdham is going to be dubbed into Hindi, Tamil, Malayalam and will be released simultaneously on the same date. Stay tuned for the first look poster of Nissabdham in a couple of days folks. 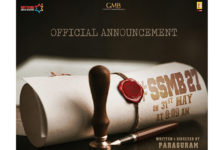 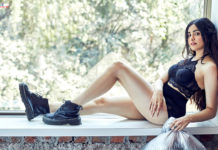 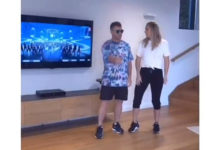