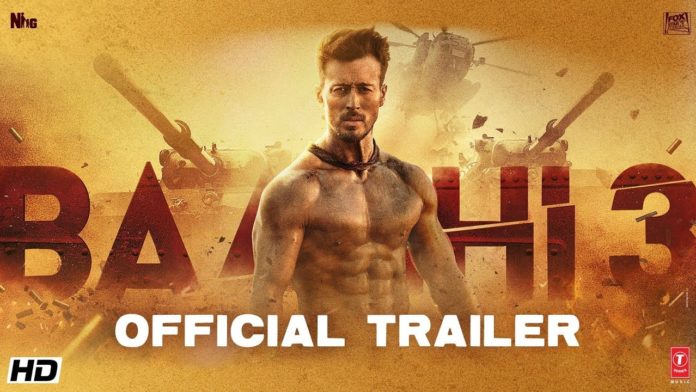 The trailer of Baaghi 3 movie starring Tiger Shroff, Shraddha Kapoor, Riteish Deshmukh in the direction of Ahmed Khan is released online today and its hints of hardcore action for the audiences. Baaghi 3 is an official remake of Vettai, its remade in multiple languages and even in Telugu, it’s made with Naga Chaitanya, Sunil as Tadakha but here in Bollywood a complete new narration is given keeping the core point of brothers soul alive in Baaghi3.

If we consider the previous works of hero Tiger Shroff and director Ahmed Khan they both love action films and even the trailer of Baaghi 3 clues of a high voltage intense action film that will enthrall the movie buffs. Baaghi 3 is an out and out Tiger Shroff movie where he has got to do a lot of action sequences and half of the trailer is filled with never seen fights, over the edge stunt scenes by the hero.

Hit pair of Tiger Shroff and Shraddha Kapoor has repeated again, unlike the last film Baaghi 2 this time she is given a different character and for sure she is backing the hero in search of his brother in Syria. Riteish Deshmukh has got a performance-oriented character yet again and there is no doubt he will nail with without any doubt playing the elder brother of Tiger Shroff in the film. Overall Baaghi 3 trailer is more intense than Baaghi 2 and it will be a delightful treat to the action genre audiences with an emotional touch of brothers. Bollywood is ready with another box office blockbuster on 6th March 2020 with Baaghi 3 film.