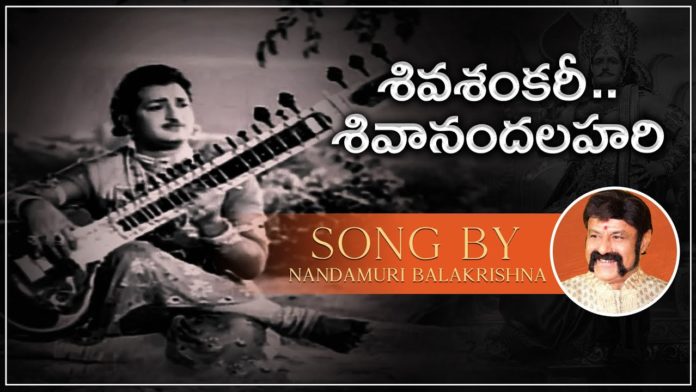 Natasimha Nandamuri Balakrishna is a multitalented actor and he surprises all by revealing his talents one after the other impressing everyone. A few days back hero Balakrishna has announced in one of his television interviews that he is going to release a song sung by him on his birthday and a few moments ago the special song released online. Balakrishna sang the magnificent Shiva Sankari Sivanandha Lahari song from Jagadeka Veeruni Katha movie that stars his father NTR in the lead role. Sivasankari Sivanandhalahari is not an easy song to sing but Nandamuri Balakrishna has done complete justice to the song composed by music director Pendyala Nageswara Rao and the original song is sung by Ghantasala.

Shiva Sankari Sivanandha Lahari song is six minutes eighteen seconds and Balakrishna has effortlessly sung the song giving his personal touch to the entire song. Listen to the song and experience it, folks.