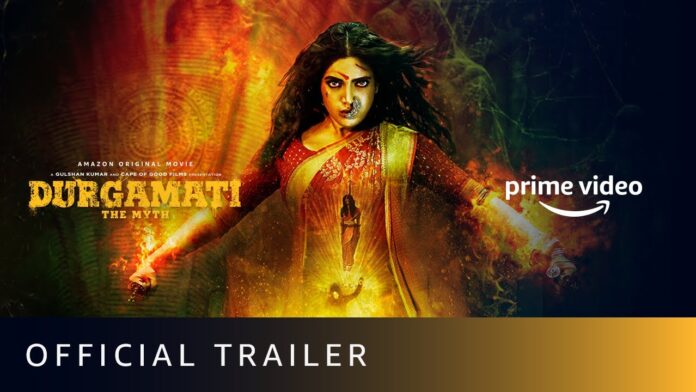 Anushka’s female-oriented Superhit film ‘Bhaagamathie‘ is being made in Hindi as Durgamati. Bhumi Pednekar is playing the title role and Ashok who directed the original is the director for this film as well. The trailer of the Durgamati film unveiled today through Amazon prime and receives much-needed attention like the original version. The shoot has been completed and ready for OTT release on December 11th through Amazon Prime. Well, known production houses Vaicom18 and T series jointly producing this film.

No one will be spared from her rage!