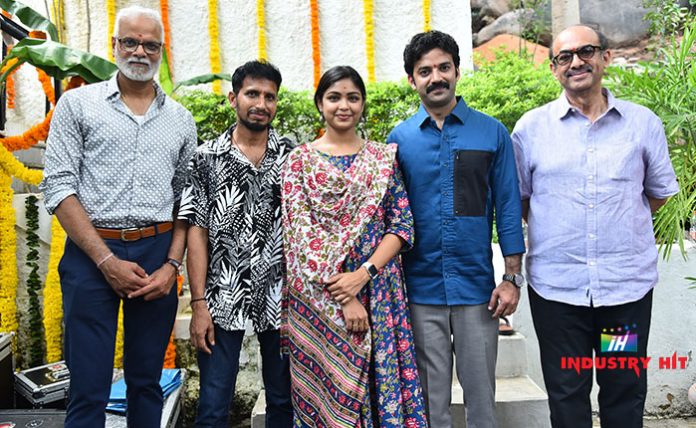 Producer Yash Rangineni says, “Our first production ‘Pellichopulu’ was released on this day July 29th. It feels exciting to start our 6th production on the same day. Everyone we invited has graced the event and wished success to the team. Filming with a village backdrop story, we’ve casted many new talents. Story itself is the crowd pulling star of this film. Regular shoot will commence from August 1st in the locations of Amalapuram and Araku for a month. Kerala schedule will begin from September. We’ll make sure the First copy will be ready by October.”

Hero Chaitanya Rao says, “I thank my producer and director for this opportunity. I liked my dir Chendu Muddhu’s previous film O Pitta Katha. As soon as he narrated the story when I met him I loved it and pretty sure that it’s gonna be first blockbuster in my career. I strongly believe we’ll definitely meet you in its success meet”

Heroine Lavanya says, “Helmed with a village backdrop story, it has all the commercial elements too. Our director Chendu’s O Pitta Katha is my fvt film. I’m sure this will be another exciting flick from him. My character is very interesting in this project”

Actress Uttara says, “We’ve a good script for this film. I’m playing a crucial role in it. Thanks to producer Yash for encouraging new talents like us with opportunities”

Director Chendu Muddu says, “This film’s story has village backdrop. We’ve young team in this project. Planning it differently with an experimental screenplay, making and locations. We’re sure about presenting a hit film to our producer Yash.”