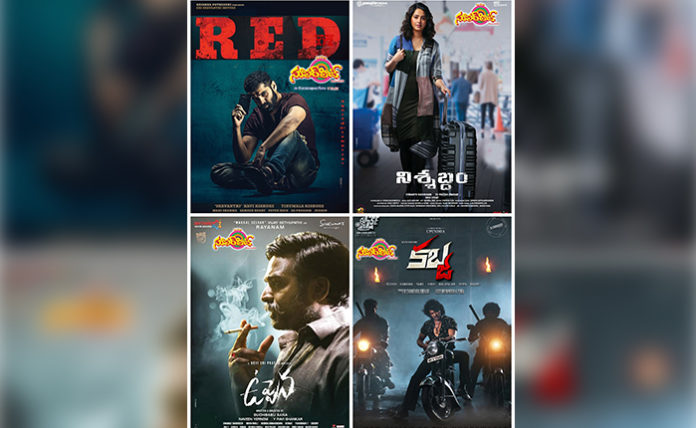 Yet another week passed by in the battle against the deadly coronavirus and everyone is doing their bit honestly staying at home, following the quarantine rules for a brighter future ahead. Your Latest Edition of Superhit Magazine dated 17th April 2020 is out now and the e-paper is available for everyone. Here are a few interesting things about 17th April 2020 Superhit magazine e-paper edition folks,

1. An exclusive interview of Megastar Chiranjeevi where he has shared a lot of things starting from the Corona Crisis Charity CCC, about his biopic, filming of Acharya movie, Ram Charan turning into producer, about his debut into the world of social media, a remake of hit south films and many others.

2. Details about the new donations, contribution given by actors, heroes, producers, directors, heroine and other members of the Telugu film industry to Corona Crisis Charity CCC.

4. Director Anil Ravipudi opens about his next film F3 and revealed more details about the casting and clearing many speculations about his upcoming movie in his interview…

5. Hero Nithiin’s Interview where he talked about spending time at home during the lockdown period. About his marriage and his upcoming film ‘Rang De’.

9. Kona Venkat mentions that Nishabdham is an edge of a seat thriller and givens more details about the multi-starrer movie.

10. Young hero Nikhil feels that it is our to support doctors as they are the real heroes, more details about the hero giving the hand sanitizers to doctors visiting hospitals in Hyderabad and few more things about his personal life in his exclusive interview with the Superhit magazine team.