Vijay Krishna (Sai Tej) wants to succeed in life. But he is facing failure at every stage. How he overcomes them and finds success is the basic story of the film.

Sai Tej is terrific. He has gone for a makeover that is not just about the looks rather than the whole acting. Of course, a change in look helps, and when it combines with a new body language, a memorable character is created. It is precisely what we get in Chitralahari.

The whole body language of Sai Tej is changed from the mass heroic one to a confident youngster but a struggling one. The dialogue delivery too is modulated differently. All the scenes with the father character and the climax show a new actor in Sai Tej.

Kalyani Priyadarshan has done a neat job in playing a docile and submissive character. She brings fresh energy into the narrative with her love story and clear cut personality issue.

Nivetha Pethuraj is another well-defined and rounded character. The emotional depth in her role is easily identifiable and makes her role stronger.

Apart from them, Sunil and Posani Krishna Murali get meaty roles. The former gets to be a drink buddy part, and he pulls it off with ease. The latter does a sensible father role that is sure to strike a chord. Brahmaji, Vennela Kishore, Bharat and Rao Ramesh in brief appearances are adequate.

After Nenu Sailaja & Vunnadi Okati Zindagi, Kishore Tirumala is back with a new outing. It also contains a regular plot, but the whole thing is lifted by the spirited performance of the lead and terrific writing by the director.

The first half is filled with entertainment intermittently. There is a combination of drama with comedy that comes one after the other. The glue which holds it together is the dialogues by Kishore Tirumala. All the scenes that require an impact on audience are handled well.

The second half goes into a serious mode with a few comedy moments. They are all executed well. Take the case of the board meeting where Sai Tej explains his idea and is facing a challenging opposition. The whole sequences acted out well and engage, despite the routine premise. The same is right about the movie as well.

Chitralahari is an engaging fare that travels a predictable, but an interesting path. Solid acting and writing lift the whole effort making it an easy one-time watch.

A film like Chitralahari and the situations it offers is like home turf for Devi Sri Prasad. He hits it out of the park with the music and the background score. The cinematography by Karthik Ghattamaneni is refreshing and vibrant giving Chitralahari an urban look. The editing by Srikar Prasad is sharp. The production values by Mythri Movie Makers are grand. The whole movie carries a rich, glossy look. The uncompromising attitude of the makers is stamped all over the product. 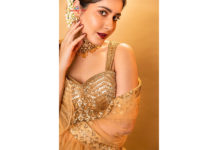 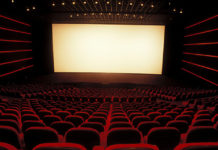 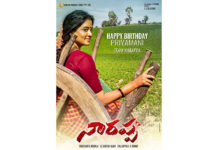