Ravi Varma, Vamshi, Akshata Sonawane, and Rohit Bahl starrer crime and suspense thriller ‘Prathyardhi’ to be directed by Shankar Mudavath and produced by Sanjay Shah under the banner of Gaalu Paalu Dream Entertainment has been launched today grandly with Pooja ceremony at Ramanaidu Studio in Hyderabad.

The chief guest of the event, MLA Marri Janardhan Reddy said, “Shankar is a very talented director. The title Prathyardhi sounds very powerful. The team has prepared the story to give justification to the title. Laced with crime and suspense elements, the film will be engaging all through. I hope this film will have a good message for society along with the commercial ingredients. I wish the film will become a huge success and producer Sanjay Shah will make more good films.”

Producer Sanjay Shah said, “I have produced few films in Bollywood with my friends. This is my first film in Telugu. The crime thriller film will thrill the audience with the edge of seat scenes from start to end. Our team is working really hard with an intention of delivering a super hit. Regular shooting commences from today.”

Director Shankar Mudavath said, “The film with suspense thriller backdrop will be narrated with an investigation screenplay. True to the title Prathyardhi, the movie will be very interesting. The first schedule will begin from today and it will continue till December 4th. We plan to wrap up the shooting with a schedule from the 20th of December to the end of January. Ravi Varma, Vamshi, and Akshata are playing the lead roles. I really thank my producer Sanjay Shah Garu who gave me the opportunity to direct the film and Janardhan Reddy Garu and Raj Kandukuri Garu who attended the event to bless our team.”

Actor Ravi Varma said, “I am playing an important role in this film. I really loved the concept of Prathyardhi. It is a suspense thriller with many twists and turns from beginning to the end. Sanjay Shah made some good films in Hindi. This is his first film in Telugu. I thank director Shankar for giving me this opportunity.”

Heroine Akshata Sonawane said, “I’m very excited to be part of this movie. This is my first film in Telugu. I thank my producer and director for giving me this opportunity.”

Vamshi said, “Prathyardhi is a very interesting film. I am doing a superb character in this film. Everyone will like this movie.”

Cameraman Rakesh Goud Maisa said, “I had worked as a camera operator for 20 films. This is my 4th film as a cameraman. We will work together for the best output.” 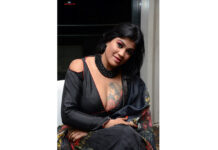 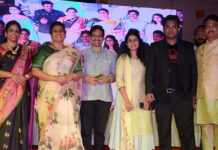 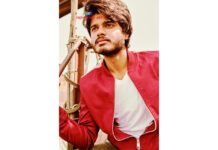