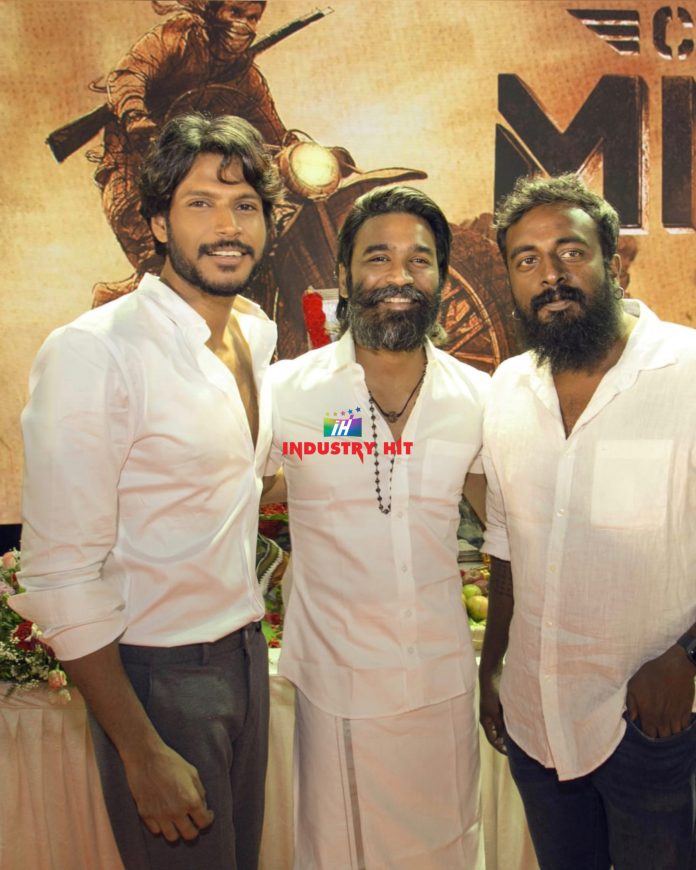 The National-Award winning superstar Dhanush’s high budget period film ‘Captain Miller’ to be directed by Arun Matheswaran has been launched grandly with a pooja ceremony. Versatile actor Sundeep Kishan who is playing a significant role, and the gorgeous Priyanka Mohan who will be seen opposite Dhanush have also graced the occasion.

Captain Miller grabbed the attention with its spectacular first-look motion poster. The team is setting high expectations, before starting the project, with massive announcements. The movie also features many noted actors in important roles.

With this amazing star cast combination, ‘Captain Miller’ will have the regional flavour that savours the tastes of Telugu audiences as well. This is going to be biggest budgeted film in Dhanush’s career. This period film set against the backdrops of the 1930s-40s is presented by T.G. Thyagarajan of Sathya Jyothi Films and produced by Sendhil Thyagarajan and Arjun Thyagarajan. The film is co-produced by G. Saravanan and Sai Siddharth.

Madhan Karky who worked for films like Baahubali franchise, RRR, and Pushpa has penned dialogues for the Tamil version of the movie. The other technicians include GV Prakash Kumar scoring music, Shreyaas Krishna handling cinematography, Nagooran taking care of editing, wherein T. Ramalingam is the art director.

‘Captain Miller’ will be released simultaneously in Tamil, Telugu, and Hindi.