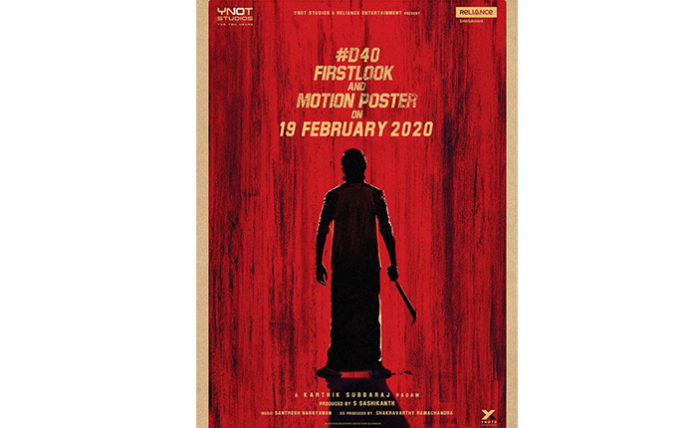 After scoring a sensational hit Asuran in Tamil hero Dhanush has teamed up with director Karthik Subbaraj for #D40 and it’s a gangster theme movie that is set in London and Chennai city. This yet to be titled film has completed its shooting part and the producers Y Not Studios have mentioned that key details are going to be revealed in ten days.

Firstly the title of #D40 will be announced then the first look poster along with the motion poster will be disclosed by the makers of the movie on 19th  February 2020. Three key details of Tamil hero Dhanush and Karthik Subbaraj movie will be revealed in less than two weeks. Aishwarya Lekshmi playing the female lead while Sanchana Natarajan is essaying the villain role in #D40.

Hollywood actor James Cosmo and British actor Vauxhall Jermaine are playing key roles in this movie. Santhosh Narayanan is composing the music and Shreyas Krishna is the DOP for this gangster flick where Dhanush is playing a dual role.