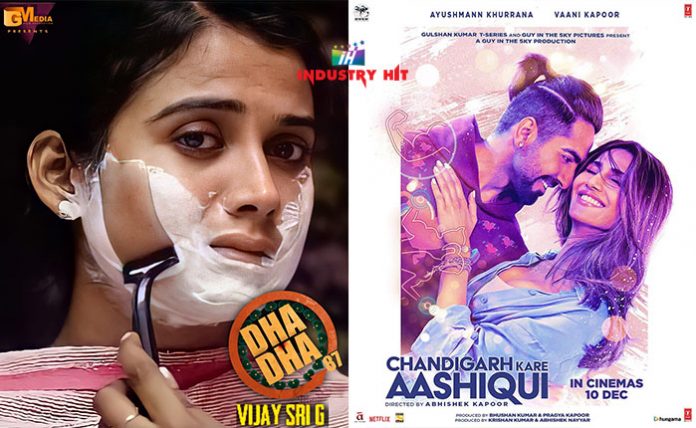 Director Vijay Sri has said his friends who watched recent Hindi film Chandigarh Kare Aashiqui have told him that the movie’s basic idea and scenes reminded them of his 2019 flick Dhadha 87.

After Chaaru Haasan starrer Dhadha 87, Vijay Sri has directed Powder starring popular publicist Nikil Murukan in the lead. He is now gearing up to helm Hara, in which ‘Silver Jubilee Star’ Mohan is playing the protagonist after a long time.

He says, “Dhadha 87 is the first film in India in which a woman had acted as a transperson. Also, perhaps for the first time in the world, along with the statutory warnings against smoking and drinking it also carried the message that touching women against their wish is an offence.

My film drove home the message that love is an expression of affection than lust. My friends who watched Dhadha 87 and watched the recent Bollywood flick Chandigarh Kare Aashiqui pointed out that the scenes and basic idea of the latter heavily reminded them of the former.”

“I express my heartfelt greetings to the team members of Chandigarh Kare Aashiqui for choosing to highlight a story, message and scenes that are very much needed for the present day society,” he concludes with a smile.