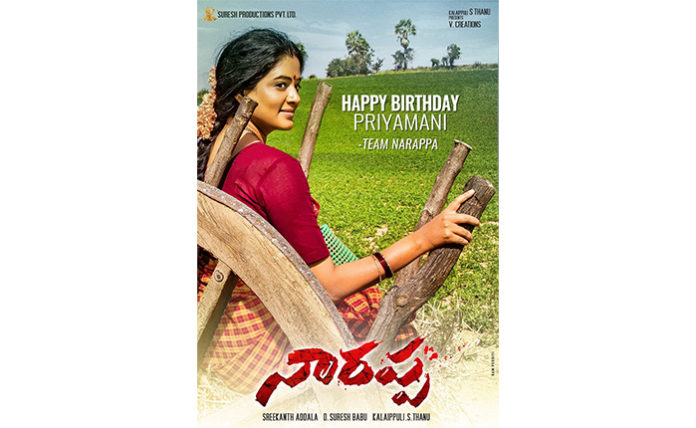 On the eve of the actress Priyamani’s Birthday today, Suresh Production and V Creations, the producers of Victory Venkatesh‘s Narappa have revealed the look of the actor from the Tamil remake Asuran in Telugu. Priyamani is playing the role of Venkatesh’s wife in #Narappa.

In the original movie Asuran, Manju Warrier player the female lead, and Priyamani are filling her shoes in the Telugu version. Srikanth Addala is directing Narappa movie, Mani Sharma is composing the music, Shyam K Naidu is the DOP and it’s jointly produced by Suresh Production, V Creations banner.

Priyamani is looking very natural as a village belle and looks like she is going to nail the character with her performance as usual. on the occasion of Priyamani’s Birthday, Suresh Productions along with conveying the birthday wishes to Priyamani disclosed her look from Narappa with a post as 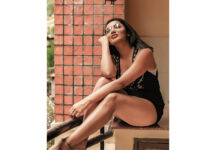 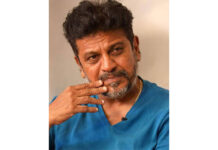 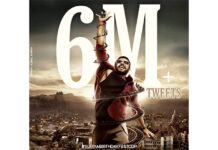