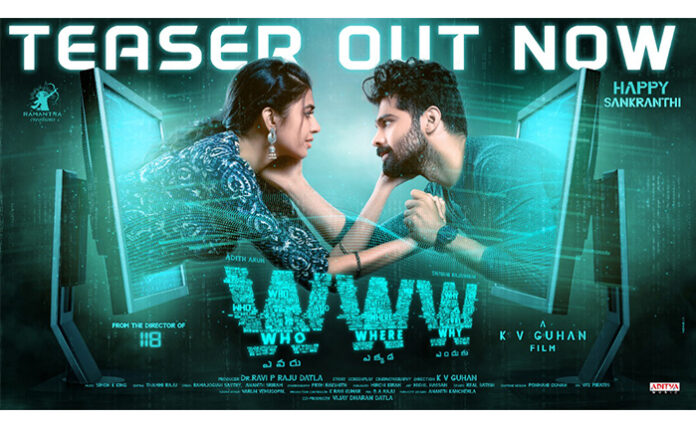 Popular Cinematographer KV Guhan after delivering a SuperHit ‘118’ as he is now coming with a different Thriller titled ‘WWW’ (Evaru.. Ekkada.. Enduku..) as his latest film. Adith Arun and Shivani Rajashekar are playing the lead roles. Dr. Ravi P. Raju Datla is bankrolling this film under Ramantra Creations banner. The teaser of ‘WWW’ is unveiled by Superstar Mahesh Babu on the occasion of Makar Sankranthi.

Superstar Mahesh Babu says, ” KV Guhan Garu is one of my favorite technicians. I have worked with him in very good films. I am glad to release the teaser of KV Guhan Gari Directorial ‘WWW’. The teaser is very good. I wish the film to become a very good Hit. All the best to the entire team.”

Director KV Guhan says, ” Mahesh Garu is a very kind-hearted person who always respects technicians. I have worked with Mahesh Garu for his Blockbuster films ‘Athadu’, ‘Seethamma Vaakitlo Sirimalle Chettu’, ‘ Dukudu’. It’s always a delight to work with him. He congratulated me for my first directorial ‘118’ after watching it with a tweet. Out of affection for me, he released the teaser of ‘WWW’ today and I am very happy. This is a good sign for the success of the film.”

Producer Dr. Ravi P. Raju Datla says, ” ‘WWW’ is the first movie in our Ramantra Creations banner. I am very happy and proud that a Superstar like Mahesh Garu has launched the teaser of our first film. Our teaser which got released by the golden hand of Mahesh Garu is getting a very good response. Guhan Garu has made this film superbly. We believe this film will become a very big Hit.”

Hero Adith Arun says, ” I feel lucky that our ‘WWW’ teaser got launched by Mahesh Garu who is an inspiration for many. Many thanks to him. Guhan Garu has made this film in a very thrilling manner.”

Co-Producer Vijay Dharan Datla says, ” Special Thanks to Mahesh Garu on behalf of our entire team for releasing the teaser of ‘WWW’ and for encouraging our banner. In spite of his busy schedule, Mahesh Garu launched the teaser out of respect for Guhan Garu. The shooting part has been completed and the film is currently undergoing its post-production works. We are planning to release the film very soon.”

Arun Adith, Shivani Rajashekar, Priyadarshi, Viva Harsha, and others are the principal cast 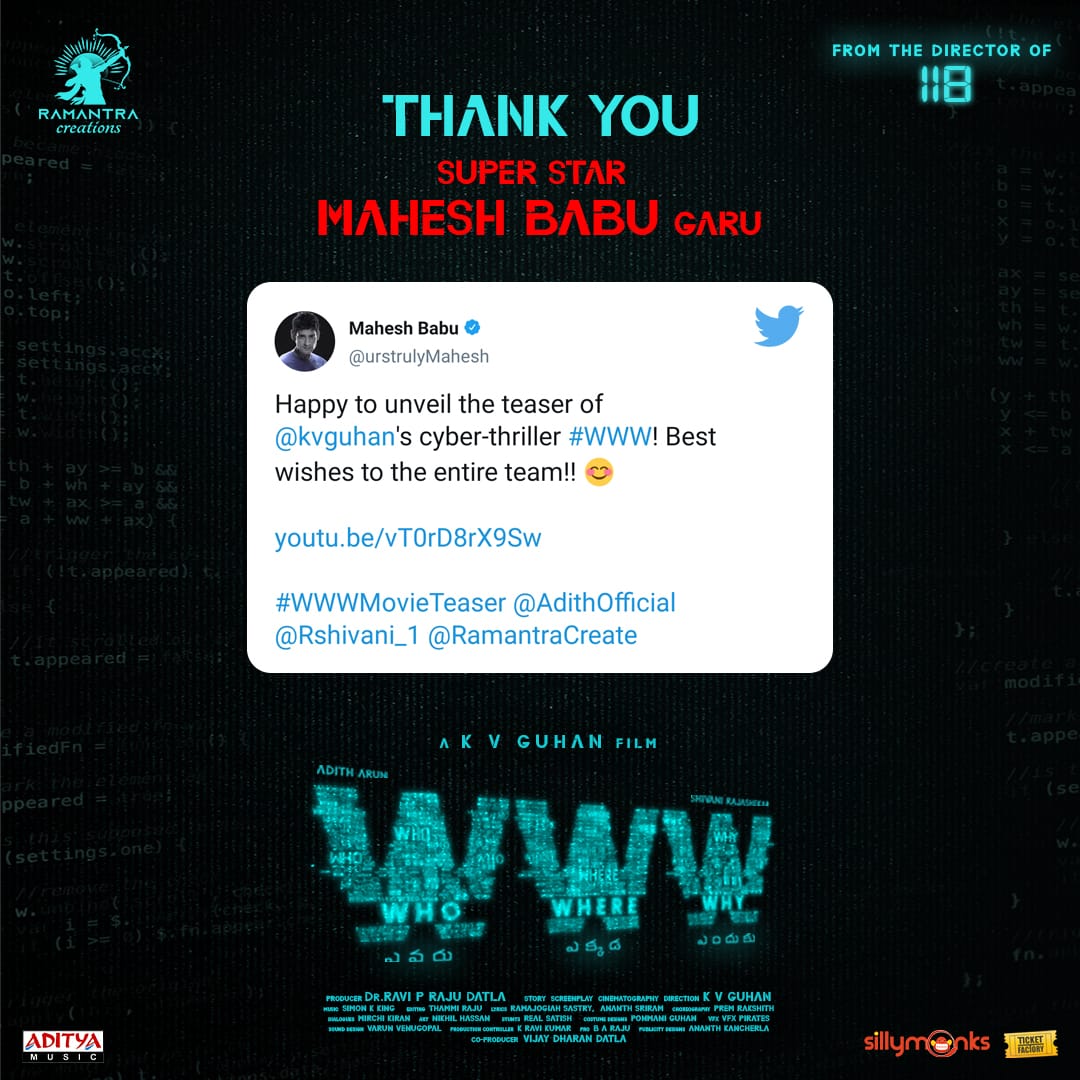