Hippi (Karthikeya) is a happy go lucky guy tortured by his girlfriend Amukta Malyada (Digangana Suryavanshi). How they met and fall in love in the past and why they are so frustrated with each other in the present is the basic story of the film. To know what happens afterward you have to watch the movie.

Kartikeya takes a challenging part in his second attempt as an actor and revels in it. The role of Hippi is far cry from the raw and rustic town guy who deeply and madly falls in a love with a girl. Here he plays a charmer, a chic magnet and has girls lining up for him. But, fate has him fall for a girl and then the struggle starts which is excellent, albeit a little over the top, portrayed by Karthikeya. It shows that he has more to him and can’t be stereotyped in a role.

Digangana Suryavanshi is also given a challenging role and she too rises to the occasion. It is her catfights and love scenes with Karthikeya that form the major chunk of the narrative. Had it not been for them, the movie would have collapsed. Shraddha Das is adequate in a small appearance including a song.

JD Chakravarthy is excellent in a supporting part that is well worth his time. He plays the big brother type of role with ease and breezes through the proceedings with the Telangana slang.

Brahmaji, Vennela Kishore and others are suitable for their parts. They provide fun whenever they are on screen in their usual style. They are a great add-on to the proceedings.

Parts of the movie feel repetitive

Hippi right from the title and the posters and other promotional materials gave a very urban and trendy vibe. It has fully lived up to that expectation. TN Krishna has packed it with youthful moments that are sure to connect with the targeted audience.

The first half is like a before and after, the life of the hero, with a love in his life. As the director shows, it is paradise lost and found. There are fun and boring parts in this half, and overall we get an okay feeling.

However, the real deal lies in the second half where the romance truly comes to the fore. Initially, it is undercurrent and later shown in a full-blown manner. The gradual progress with few misunderstandings in between is neatly captured by TN Krishna.

In the end, considering the various aspects psychological and general, covered by the director related to the lovers make Hippi an engaging watch. It is for the youth and they will love it for sure.

For a love story, having catchy music is critical and Nivas K Prasanna delivers on that account. The background score too is excellent and helps in generating the feel. The cinematography by RD Rajasekhar is excellent. Praveen KL’s editing is sharp and slick and keeps the narrative fast-paced. The dialogues contain a lot of double meaning which are sure to work with the youth. The production values by Kalaipuli S Thanu are excellent. The Kabali producer needs no introduction as far as publicity is considered. He has left no stone unturned for Hippi as well giving it great mileage before release. 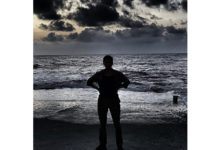 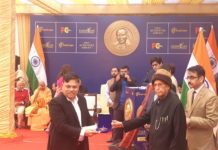 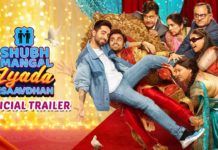