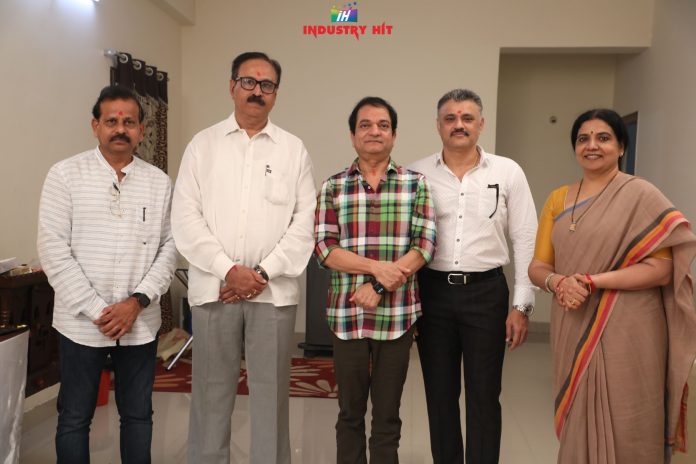 Senior director K Vijaya Bhaskar who made many youthful, family entertainers and delivered several blockbusters like Swayamvaram, Nuvve Kavali, Nuvvu Naku Nachav, Manmadhudu, Malliswari etc. is back, after a long gap. He will finally be wielding megaphone again for a new film that will be produced by industrialist Gunturu Ramakrishna under SRK Arts banner as Production No1.

This will be the 13th directorial venture for Vijaya Bhaskar. The film’s office opening has been done today at Manikonda in Hyderabad. Vijaya Bhaskar, Jeevitha Rajasekhar, Karthikeya producer Boggaram Venkata Srinivas, entrepreneur and producer Vankayalapati Murali Krishna graced the occassion and wished the producer for the new beginning.

Producer Ramakrishna, on the occasion, said, “The film’s launching will take place in Annapurna Studio on Dasara. Lead cast and technical crew of the movie details will be revealed on that day.”

The yet to be titled film is billed to be a youthful entertainer. Vijaya Bhaskar has prepared a subject which will appeal to youth as well as family audience.