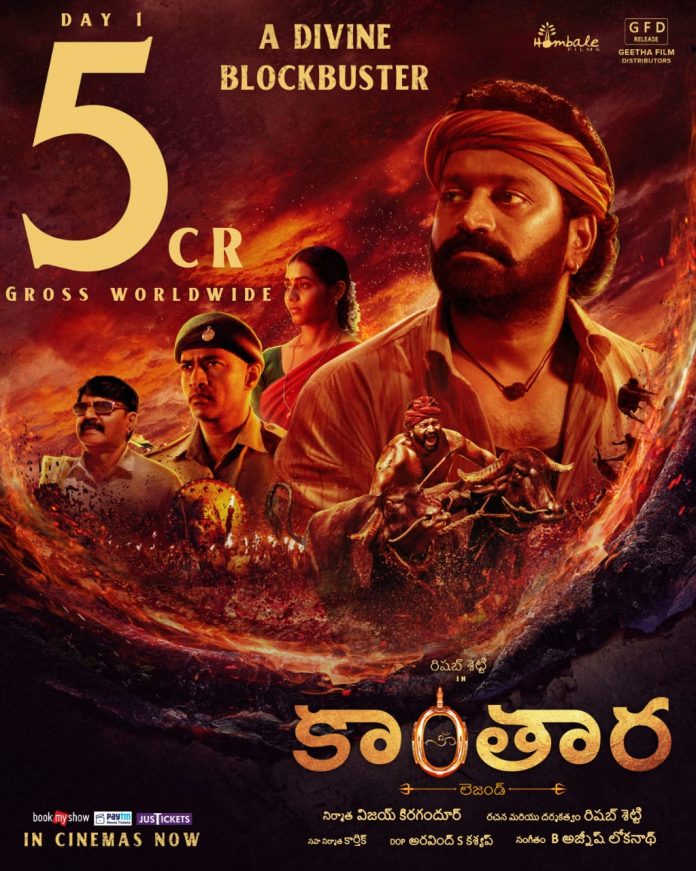 The film grossed Rs 5 crore on its opening day in the market. Leading film producer Allu Aravind released the film in Telugu, proving once again why he is a film judging master.

Rishab Shetty’s acting, Ajaneesh Loknath’s riveting background score, and especially the brilliant climax left the audience speechless. Everyone on social media praised the team’s efforts and thanked the makers for bringing the film accessible to Telugu audiences. The film is considered a Divine blockbuster, offering audiences a magical experience in theatres.

Besides making big bucks at the ticket counters, Kantara has achieved another feat. It has become the highest-rated Indian film on IMDb, surpassing KGF: Chapter 2. Directed by Rishab Shetty, Kantara is currently holds a rating of 9.4/10 on IMDb, which is the highest for an Indian film.

The movie casts Rishab Shetty and Sapthami Gowda in the main lead roles along with Kishore, Achuth Kumar, Pramod Shetty, Vinay Biddappa, and many others seen in supporting roles. The music was composed by B Ajaneesh Loknath while the cinematography was done by Arvind S Kashyap and it is edited by Pratheek Shetty, K M Prakash. The film is produced by Vijay Kiragandur under Hombale Films banner.