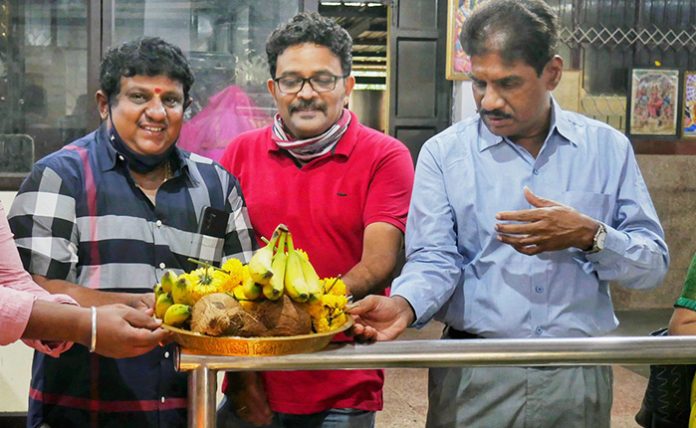 One of the leading producers of the Telugu film industry Shri KK Radha Mohan is producing this film. Radha Mohan has produced 10 big films in Telugu cinema. ‘Flowers of Smiley’ is his first Kannada film. On August 1, Director Venkat Bharadwaj performed Pooja For the title and script in a simple way at Abhay Ganapathi and Minimamba Temple in Jayanagar. This was his 10th film.

As the name says, “On the flowers of laughter”. A lot of expectations have been placed on this film. The director Venkat Bharadwaj was on the hunt to introduce a new hero and heroine for this film. Venkat Bharadwaj has completed all the pre-production work and is set to shoot the film on one schedule.

The team is set to shoot at Shimoga Tirthahalli Kundapur and Maravanthe. “Smiley Flowers” is a musical and nature story with six songs Music composed by Love Pran Mehta.
The shooting will begin in the second week of September.