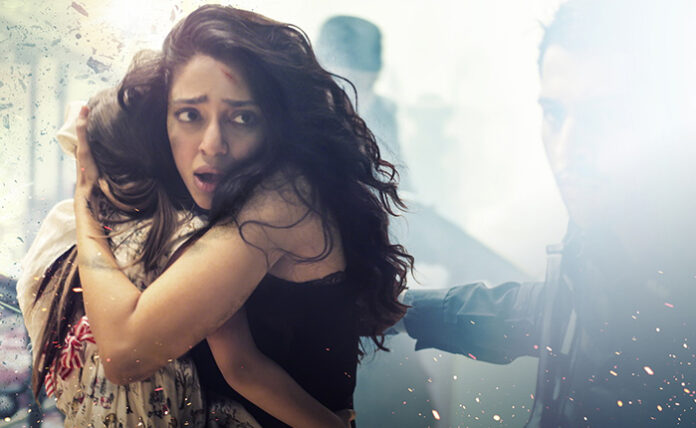 After offering a sneak peek into the high school romance of Sandeep Unnikrishnan with the character poster of Saiee Manjrekar, the makers of the upcoming biographical drama ‘Major’ have unveiled yet another facade of the martyr’s life with the first glimpse of Sobhita Dhulipala who essays the role of a hostage trapped in the tragic 26/11 Mumbai attacks.

The poster illustrates the worst fear of every individual as Sobhita Dhulipala epitomizes the agony faced due to the catastrophic incident that terrorized not just the entire nation but caused a significant impact across the globe.

Slipping into the role of an NRI hostage trapped at the Hotel Taj during the unfortunate terror attacks of 26/11, Sobhita Dhulipala plays the leading lady and the poster depicts one of the most vital sequences of the film.
Celebrating the heroics of Major Sandeep Unnikrishnan played by Adivi Sesh in the upcoming film ‘Major’, the biographical drama traces the significant stages of the army officer’s life, not just depicting his death but embracing the spirit with which he lived.

Owing to the far-spread eminence of Sandeep Unnikrishnan, the multilingual film is been made in Hindi and Telugu.