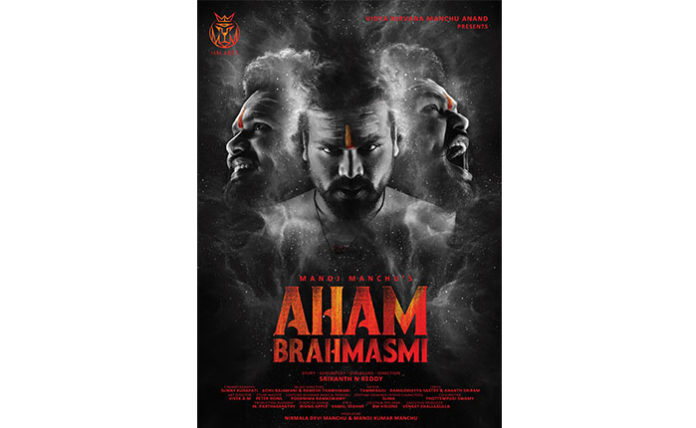 Hero Manchu Manoj who took some break is back with a bang. His new project titled Aham Brahmasmi was announced recently. The film to be made with a unique powerful story will be launched on March 6th in a grand manner.

To be directed by Srikanth N Reddy, Aham Brahmasmi will be made as a Pan India film in Telugu, Tamil, Kannada, Malayalam, and Hindi languages.

The title, as well as the design, is captivating. The poster is intriguing with a different theme and it indeed generates inquisitiveness on the project.

Manchu Manoj and Nirmala Devi will produce the film on MM Arts Banner while Vidya Nirvana and Manchu Anand will present it.