Babu Mohan (Sri Simha), Yesudas (Sathya) and Abhi (Agasthya) are room-mates. Babu and Yesudas working as delivery boys are struggling to meet their needs with the low wages they get. Going with his friend’s advice, Babu tries to cheat and steal money from a lady who eventually ends up dead. What happens then and who killed her forms the rest of the story.

Keeravani’s younger son, Simha, who debuted as a hero with this film did an impressive job. He is confident and carried his role as a desperate boy stuck in a mess believable. Sathya is the show-stealer with his terrific comedy timing during tense scenes. He engages the audience with his unique act and hilarious one-liners.  Agasthya did well in his role.

Vennela Kishore did a vital role, and he delivers yet again with his touch. He provides some good laughs. Brahmaji, Ajay, Vidyullekha, Pavala Shyamala are adequate in their roles.

Gets a bit dragged at times

‘Mathu Vadalara’ has a thin storyline. But, the quirkiness it has with an engaging screenplay did the trick in favor of the film.  The comedy is very fresh, which made the film more appealing. Director Ritesh Rana did an excellent job of handling the thriller in an interestingly along with the right doses of comedy.

Rana succeeds in delivering a taut thriller with ample entertainment. On the flip side, the film takes it’s time to get to the main plot. Also, some scenes were prolonged more than necessary. But, the new setup and the way the film holds the suspense till the end made it an enjoyable thrill ride.

Cinematography by Suresh Sarangam is impressive with different color tones which sets the mood right for the film. Background Music by Keeravani’s son, singer Kaalabhairava sounds unique and elevates the spirit of the film perfectly. He showed the difference in BGM when it is played in the main movie and when it comes to the TV serial thread. This satirical TV serial thread is hilarious. Editing by Karthik Srinivas is slick and crisp.

Production Values by Producer Cherry (Chiranjeevi), Mythri Movie Makers and Clap Entertainment are terrific. They deserve all the accolades for backing such a new kind of thriller in Telugu Cinema.

‘Mathu Vadalara’ is made by a bunch of young new talented guys impressed with their new ideas and a new kind of narration. Though there are some tiny hiccups, There are hardly any dull moments in the film, and it is thoroughly enjoyable. Keeravani’s sons Simha (Hero), Kaalabhairava (Music Director) did a fantastic job with their debut film and proved their talent with a promising start. They will reach much bigger heights in the future. 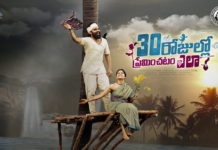 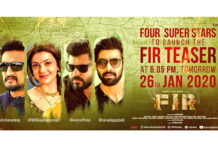 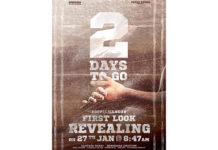