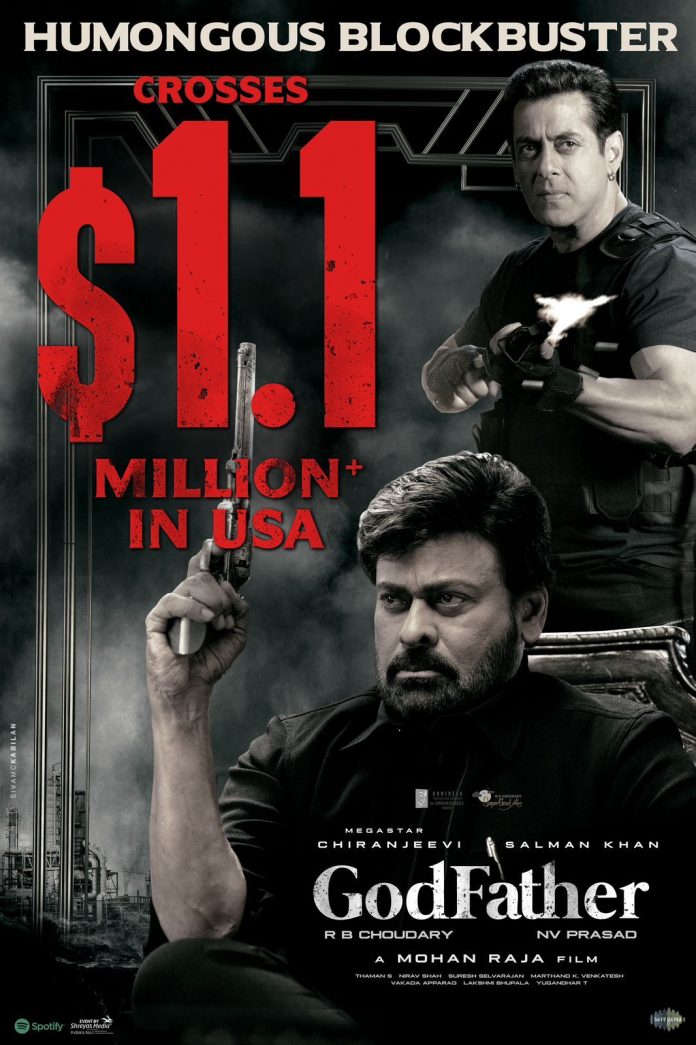 Megastar Chiranjeevi and Superstar Salman Khan’s latest outing GodFather has breached $1.1Million mark in the USA and is going strong. The movie that was released for Dasara received an amazing response from the audience on its opening day. Since then, it is continuing to post impressive numbers every day.

GodFather marks the third million-dollar movie for Chiranjeevi. While his comeback film Khaidi No 150 was the first movie to enter the million-dollar club, Sye Raa Narasimha Reddy was the second movie.

GodFather has already crossed Rs 100 Cr gross mark worldwide and is unstoppable in weekdays as well. There will be no big movie releasing this week, so GodFather will continue its domination for a few more days.