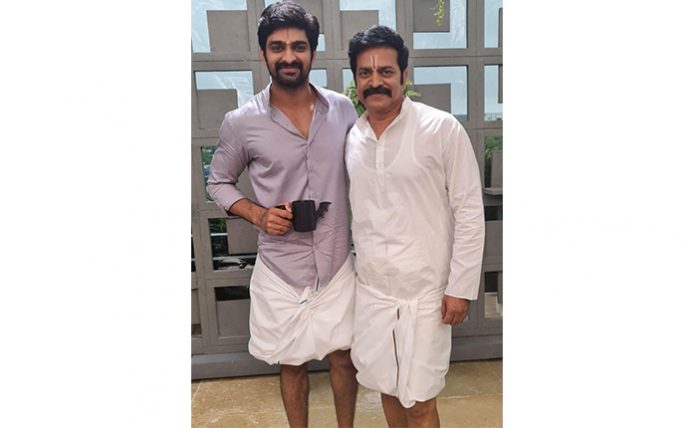 Handsome Actor Naga Shaurya and the talented Director Anish Krishna’s rom-com flick from Ira Creations is currently being filmed in Hyderabad. Some hilarious scenes involving the lead cast are being shot in the schedule.

Naga Shaurya plays the first-of-its-kind role in the movie and unlike his roles in his previous movies, he will be seen as an amusing character.

Shirley Setia is the female lead and yesteryear actress Radhika will be seen in an important role. The film will also feature many comedy actors in prominent roles.

Tipped to be a surpassing family entertainer, the yet-to-be-titled film is produced by Usha Mulpuri, while Shankar Prasad Mulpuri presents it.

The presence of star comedians Vennela Kishore, Rahul Ramakrishna, and Satya assure the film will be high on humor.