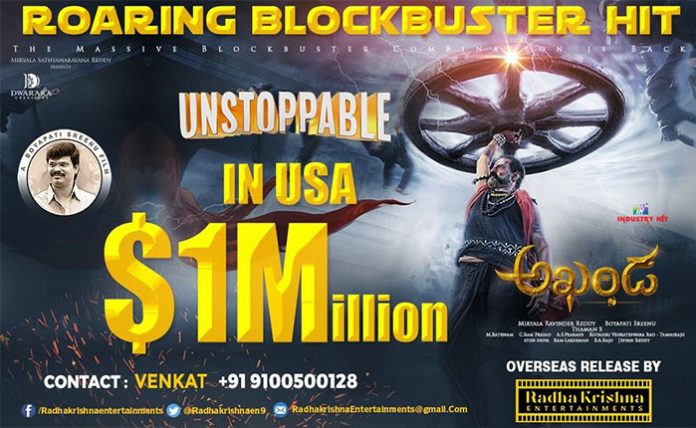 Natasimha Nandamuri Balakrishna and Boyapati Srinu’s Akhanda is turning out to be a roaring blockbuster. The film produced by Miryala Ravinder Reddy has entered one million dollar club in USA.

Radha Krishna Entertainments released Nandamuri Balakrishna starrer Akhanda in overseas. The film broke several records in overseas and it is the first movie for this distribution company and this surpassed one million mark. Akhanda has done unbelievable business in Australia,UK and Gulf too.

The film is still unstoppable in overseas region and it is expected to be the biggest grosser for Nandamuri Balakrishna. The film didn’t witness much decline in collections in week days, wherein it is remarkable in weekends.