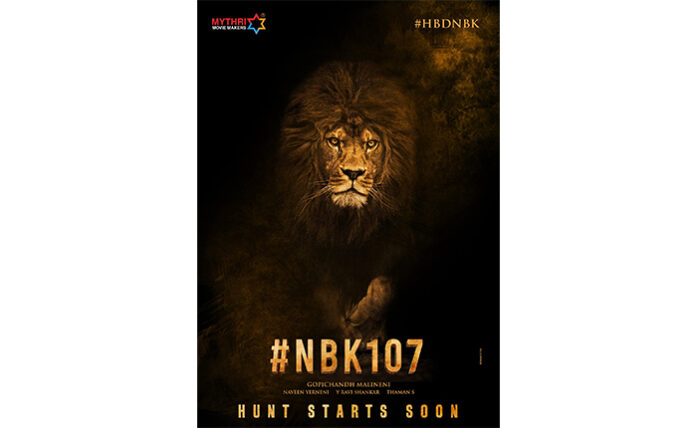 Natasimha Nandamuri Balakrishna who is considered as a demigod among the masses has signed a pucca mass and commercial film to be directed by Gopichand Malineni who knows the pulse of masses and fans very well. The director who just delivered a massive blockbuster with Krack has penned a powerful script for Balakrishna and the story is based on true incidents.

Tollywood’s leading production house Mythri Movie Makers will be bankrolling the project prestigiously. On the occasion of hero Balakrishna’s birthday, NBK107 has been announced officially with a teasing video.

Balakrishna appears as a lion to fans and moviegoers in action sequences and the same is portrayed with the video. As the lion walks, we can see the face of Balakrishna in it. What better way can be shown to illustrate that Balakrishna will be presented in a powerful role in the movie.

The film’s other cast and crew will be unveiled later.