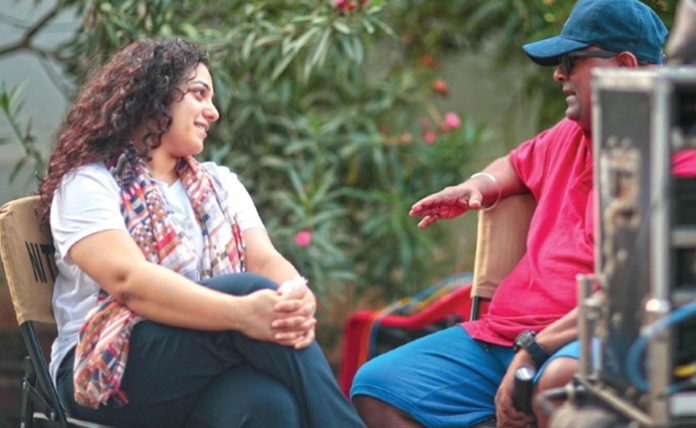 Talented actress Nithya Menon is very selective about her work from starting days of her film career and until she sees scope for performance it’s a big no to any filmmaker from her. This is one of the success secrets of Nithya and if it’s not a heroine role but has content to impress audiences she agrees to be part of the movie despite the language barrier. Nithya Menon started 2020 on a good note with Tamil film Psycho and is thrilled with the response her character is receiving from movie buffs.

Talented actress Nithya Menon has played the role of a quadriplegic ex-cop and helps hero Udhayanidhi Stalin in finding the heroine Aditi Rao Hydari when she gets kidnaped by the psycho killer. Nithya Menon’s character is bit bold, loud and the foul-mouthed role has taken movie buffs by surprise but her terrific performance is taken home by everyone. Nithya has expressed her happiness about the positive responses her character in Psycho movie is receiving with a post as

“I was curious to see how my eccentric role in ‘Psycho’ would be received..as it’s not something you’ve ever seen me do or expect from me. But I’m thrilled to see the responses👏🏼 You guys loved it!😃 Thank you for all the appreciation and love #Mysskin @pcsreeram @tanvirmir”