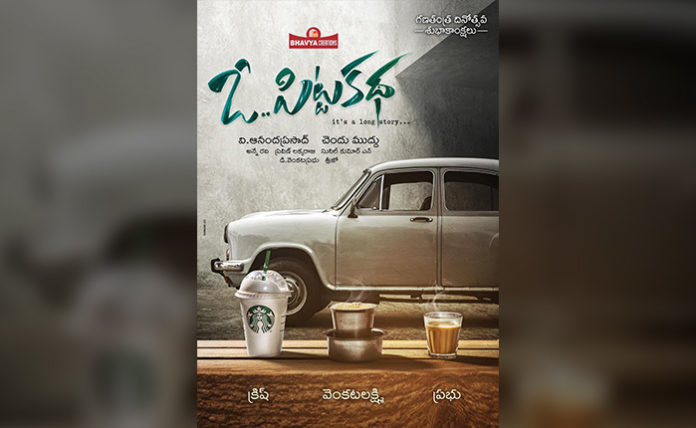 Bhavya Creations production house is very choosy about the movies they are bankrolling and unless it’s a content-driven subject it won’t be approved to take off by the production house. The tenth film from Bhavya Creations is announced today and director Trivikram Srinivas has done the honors of releasing the first look poster and announcing the title of the flick.

Bhavya Creations’ first movie in the year 2020 is “O Pitta Katha” and after launching the poster director Trivikram has suggested the tagline of “It’s a long story” for the project. Young talented director Chendu Muddhu is making his directional debut with this film. Kerintha, Jersey fame Viswant is playing the main lead and Nitya Shetty is the heroine. Actor Brahmaji is also playing a key role in this flick.

O Pitta Katha’s first look poster is designed interestingly hinting about the three characters of the flick indicating Krish is having Starbucks coffee, Venkat Lakshmi is having filter coffee and Prabhu is having tea. Then the old ambassador car in the background promises an interesting story set up for O Pitta Katha film. Anand Prasad is producing O Pitta Katha under Bhavya Creations and the release date will be announced very soon.