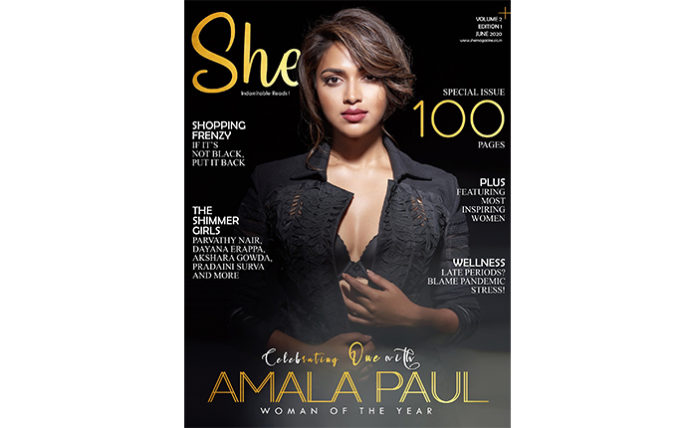 Bold, beautiful, and talented Actress Amala Paul makes appearances on the magazine cover pages very rarely but she enjoys photoshoots that can be witnessed in the stunning photographs of her. Amala Paul has featured as the cover girl for the She Magazine for this month and she is part of the anniversary edition and the official social media accounts shared the magazine cover with a tweet as

“ shemagazineteam turns ONE this June 2020. Let the celebration begins with an inspiring actress @Amala_ams, on the cover of our anniversary edition, excited to step into a new beginning exclusively for all the “She” out there!!!
.
.
#she #women #magazine #lifestyle #amalapaul “

Actress Amala Paul is looking steamy hot in a black zipless top and that raw sex appeal in her eyes makes everyone get glued to the She Magazine cover page for sure. Amala Paul will be seen in Lust Stories Telugu remake very soon on OTT platforms and she is also part of another web series from Mahesh Bhatt camp that is in filming stages.