Mumbai beauty Pooja Hegde is the most wanted heroine right now in Telugu film industry with back to back star hero movies in her kitty. Her hit track record is also one of the prime reasons for her singing spree in Tollywood by the filmmakers. A few months back news breakout that Pooja Hegde has replaced Instagram star Mirnalini Ravi in Valmiki movie that stars Mega Prince Varun Tej. Its widely circulated Pooja is charging a bomb for Valmiki. Then, director Harish Shankar cleared the air that Pooja is not charging high but not confirmed her presence in the film. Now with director latest tweets, it got cleared that Pooja Hegde confirmed for Mega Prince Varun Tej’s Valmiki.

Going into details, Harish Shankar in his recent tweets he informed that an official announcement will be made regarding the cast of Valmiki at right time. But in the process of revealing the news at a pre-teaser of Valmiki will be unveiled very soon, the director has also tagged the cast of the film. It has included hero Varun Tej, DOP Bose, Tamil actor Atharvaa Murali and finally included Pooja Hegde name in his post. This tweet has made the mega fans happy as Pooja is considered as a lucky charm.

Well with the Pooja Hegde name getting added to Valmiki it will definitely increase the star value of the movie and also hype in the business point of view. In the Tamil version, Bobby Simha role and Lakshmi Menon have little onscreen time together and with Pooja entry, the Telugu version will have a flip now. There could be more scenes between Varun-Pooja. Keep watching the space for more important updates folks. 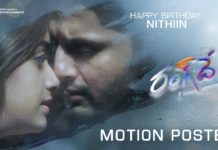 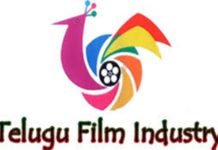 Nithiin Postpones His Marriage With Shalini